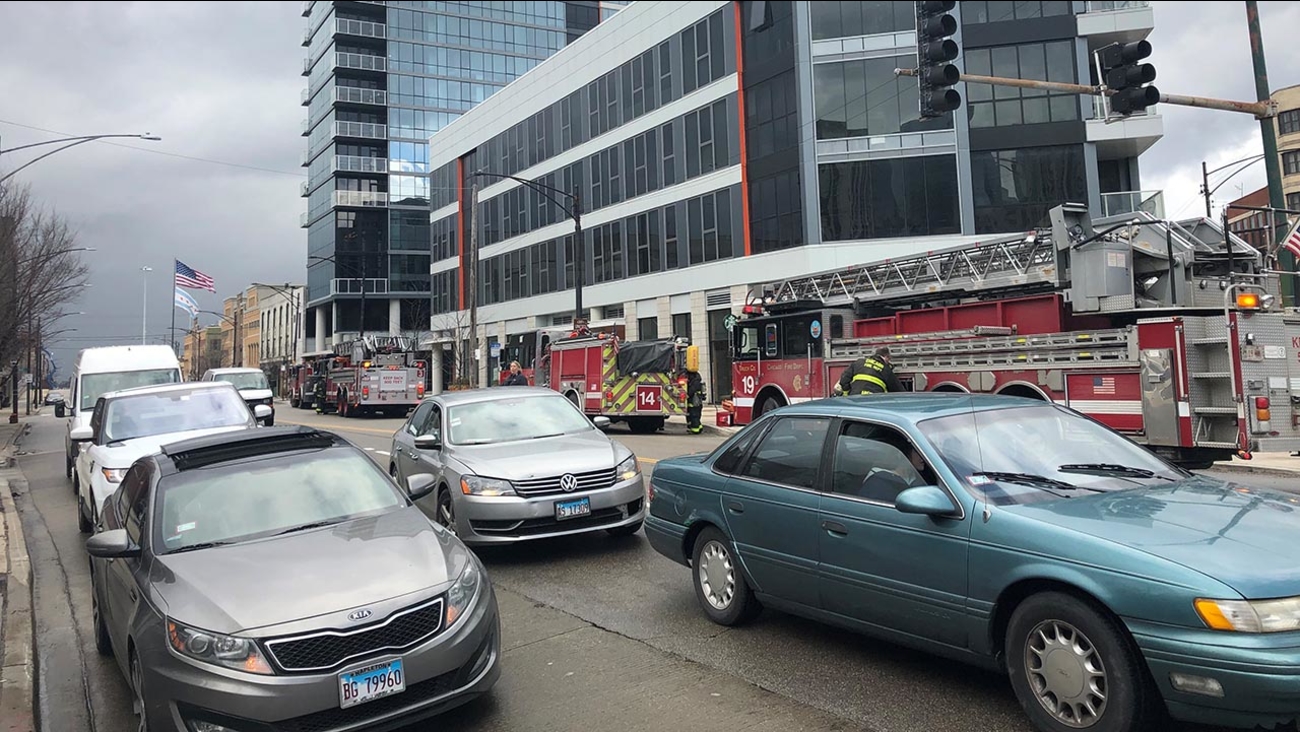 WLS
CHICAGO -- The Chicago Transit Authority temporarily suspended service on parts of the Blue Line Thursday afternoon because of a fire near the Division station in Wicker Park.

Service was halted between the Damen and UIC-Halsted stations about 1:20 p.m. because of a "minor fire at track level near Division," according to a service alert from the CTA.

Trains are only operating between O'Hare and Damen and between UIC-Halsted and Forest Park, the CTA said. Affected riders are encouraged to the No. 8 Halsted, No. 49 Western and No. 56 Milwaukee buses as alternate routes.

Chicago Fire Department spokesman Larry Merritt said power to the tracks was shut off in both directions after someone reported smelling smoke. He also said no injuries were reported.

Trains started moving again around 2 p.m. with residual delays, according to a CTA tweet.