Man suspected of driving under the influence in fatal crash
WLS 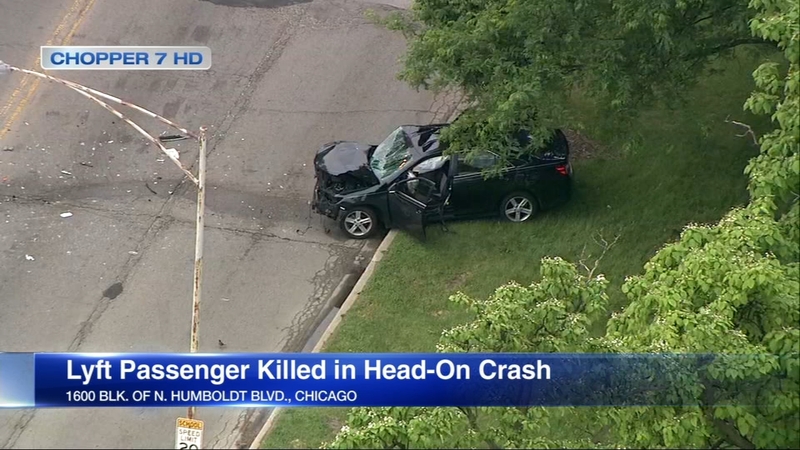 CHICAGO (WLS) -- A man was taken into custody Friday after a woman riding in a ride-share vehicle was killed in a head-on collision on Chicago's Northwest Side.

Police said the 25-year-old man is suspected of driving under the influence and causing the crash.

Chopper 7 HD was over the scene around 7 a.m. A silver car and a black car had front-end damage and debris was scattered across Humboldt.

A person was killed in a head-on collision Friday morning on Chicago's Northwest Side, police said.

Police said the crash occurred in the 1600-block of North Humboldt around 3:55 a.m. The 25-year-old man, driving a Toyota Avalon, crossed the center line and struck a Toyota Camry. A 32-year-old woman was driving the Camry for ride-share company Lyft.

A 23-year-old woman, who was a passenger in the Camry, suffered "major injuries" and was transported to Stroger Hospital, where she died. The victim's identity has not yet been released.

The driver of the Avalon was transported to Mt. Sinai in custody on suspicion of driving under the influence.

Lyft confirmed with ABC7 Eyewitness News that one of its drivers was involved in the accident.

"We are deeply saddened by this incident, and our sympathies and hearts go out to the passenger's family and friends during this difficult time," a spokesperson for the company said in an emailed statement. "We have been in touch with the passenger's family to offer our full support. We stand ready to assist law enforcement in any investigation."

The Chicago Police Major Accidents Unit is handling the investigation.