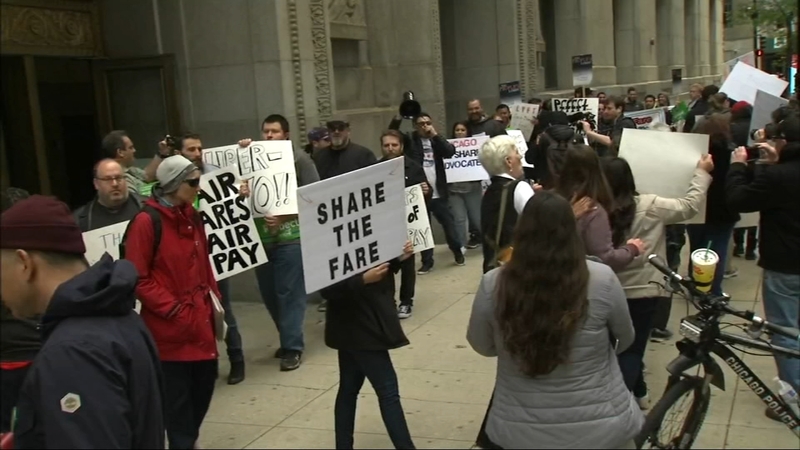 CHICAGO (WLS) -- Some Chicago drivers are among those across the country who took part in a 24-hour rideshare strike Wednesday.

They drivers planned to demand a number of reforms including livable wages, job security, regulated fares, and benefits. One of the demands from drivers in Chicago is for Mayor-elect Lightfoot to make good on promises to limit the number of rideshare drivers.

"You, the passenger - this is why you should care. You, the passenger, will get a driver that's been working for 15 hours a day, 80 hours a week. You don't want your driver to be sleepy," said Steven Everett, of Chicago Rideshare Advocates.

Lightfoot has promised to address some of the drivers' concerns, most notably the need to cap the number of drivers in the city. Chicago has over 100,000 of them, far more per capita than New York and Los Angeles. That, plus the declining payouts from the rideshare companies, has severely depressed wages. Now, even traditional cab drivers support their rideshare brothers and sisters. 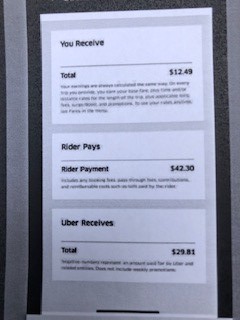 "We are actually trying to bring more of a demonstration downtown to get the city to see how many drivers really are out here and really are struggling," said Karen Pacheco, Chicago Rideshare Activists.

Rideshare drivers have been passing out fliers at O'Hare alerting other drivers about the strike, where opinions were mixed on the effectiveness of the job action. 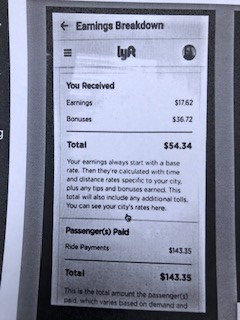 "I have a 3-year-old at home, so I stand with them in support like spiritually, but I can't do it physically, I have a daughter to support. I need the money and I am happy with what I'm making. I make close to $300 a day with tips I don't see why people are complaining," rideshare driver Laura Gomez said.

Both Lyft and Uber have stated that their businesses would be 'adversely affected' if drivers were classified as employees instead of contractors. The 24-hour strike is happening across major U.S. cities as well as parts of the United Kingdom.
The strike was planned strategically to take place just ahead of Uber's expected public-trading debut on Friday, a huge moment in the company's history.

It's not the first time drivers for ride-hailing apps have staged protests. Strikes were planned in several cities ahead of Lyft's IPO last month, although the disruption to riders appeared to be minimal. This time more cities are participating.

"Drivers built these billion dollar companies and it is just plain wrong that so many continue to be paid poverty wages while Silicon Valley investors get rich off their labor," said Brendan Sexton, executive director of the Independent Drivers Guild, in a statement. "All drivers deserve fair pay."

Lyft said its drivers' hourly earnings have increased over the last two years, that 75% of its drivers work less than 10 hours per week to supplement existing jobs and that on average the company's drivers earn over $20 an hour.

"We know that access to flexible, extra income makes a big difference for millions of people, and we're constantly working to improve how we can best serve our driver community," Lyft said.