Woman arrested at JFK Airport with guns, 350 rounds of ammo, 58 bricks of pot 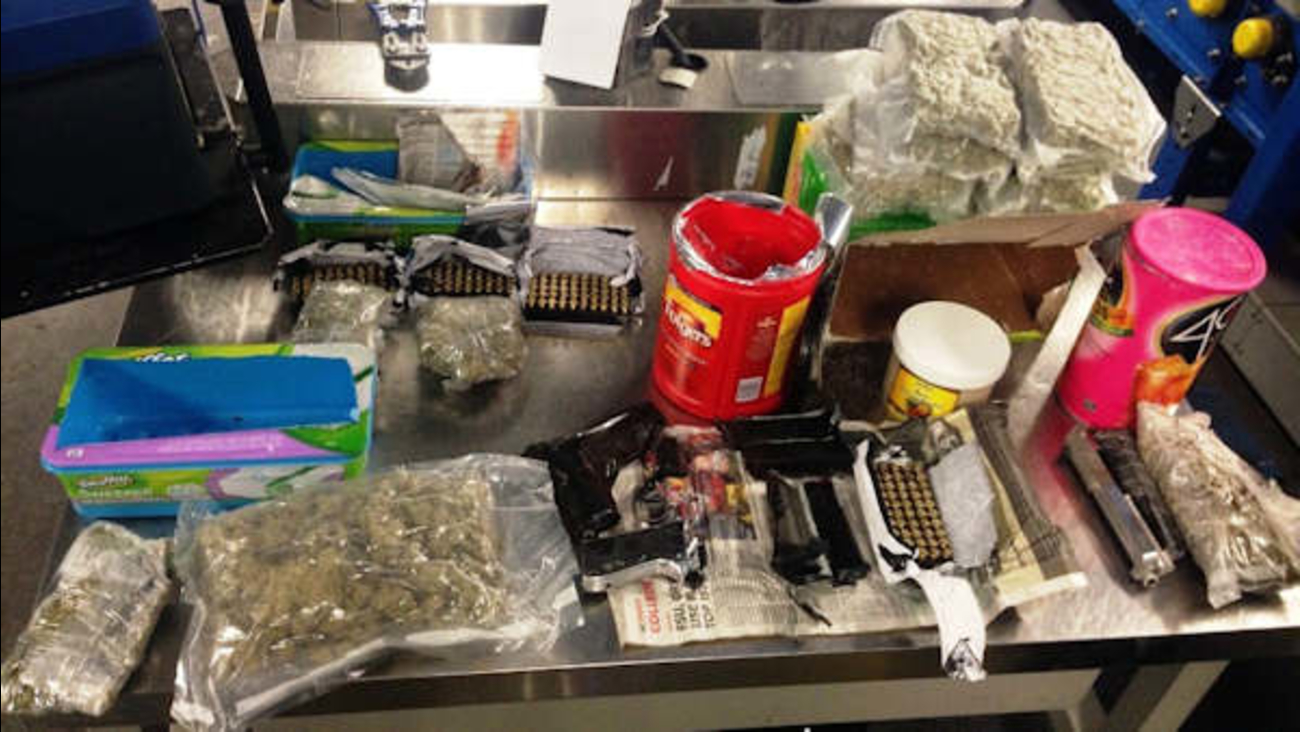 NEW YORK -- Police arrested a woman who allegedly had two handguns, four magazines for the guns, 350 rounds of ammo and 58 bricks of marijuana totaling 33 pounds at JFK International Airport on Monday morning.

When TSA officers opened two pieces of McPherson's checked luggage, they saw the suitcases were stuffed with cans and boxes for baby wipes, coffee, floor dusting sheets, lemonade mix, iced tea mix, a box of cat litter and a box of laundry tablets. But none of these boxes or cans contained the products on the labels.

The contraband was concealed in seemingly innocent commercial packaging.

Artfully concealed in these containers were two dissembled .40 caliber handguns, 350 rounds of ammunition, four magazines for the guns and 58 bricks of marijuana totaling 33 pounds.

TSA officers immediately notified Port Authority Police, who responded to the checked-baggage room, confiscated the items and tracked down McPherson to make the arrest.

McPherson was in possession of a Canadian passport. She is from Scarborough, Ontario, Canada. McPherson had been ticketed to fly to the Barbados.

She is in custody and unavailable for comment. It is not clear who is representing her.