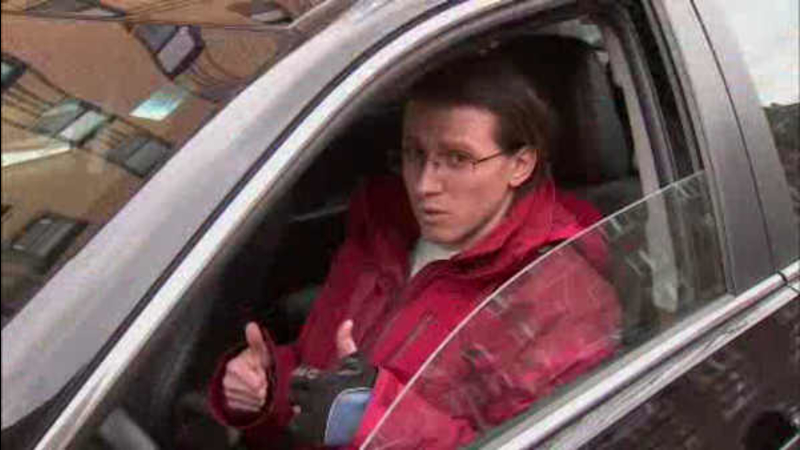 NEW YORK -- A New York City Uber driver is boasting that he drove through 240 green traffic lights before hitting a red light.

Noah Forman achieved the feat during a 27-minute drive through Manhattan that started at around 3:30 a.m. on Dec. 6.

And if you don't want to watch the full 26 minutes, a shortened version is here:

"Kind of like surfing," said Forman. "Not that I surf, but you know what I'm saying, you follow the wave."

And that, says Forman, is how he managed to cruise through all the green lights, a feat captured on video of course and proudly posted online, where else.

"I make sure to drive so smooth I don't have to stop," he said.

The odyssey began in Harlem, wound through Midtown along Fifth Avenue, and finally ended way downtown on Rivington Street.

"When I was starting at Marcus Garvey Park, right when I hit Fifth Avenue, I don't know what's coming around the corner," he said. "And I'm like, this is all gonna be red lights and then I was like, ahh they're all green and that was it."

Forman, who's been driving professionally for more than a decade, says the trick is to go where the lights take you, and suggests non-professional drivers can do some green light surfing of their own in the city by following an old cabbie secret.

"We don't do FDR, we do Madison Avenue cause it's super quick, super short and it gets the job done," said Forman.

The recording shows him slowing to a crawl on some blocks to avoid hitting a red, and taking numerous turns to avoid having his path forward blocked.

The city Department of Transportation didn't immediately respond to a query about the viability of his claim.

It's the second time that Forman has attempted catching consecutive green lights. Two years ago, he said he hit 186 green lights in a row.

This isn't the first time Noah has attempted catching consecutive green lights and he says it won't be the last. Maybe in the next year or two, he'd like to double his record.