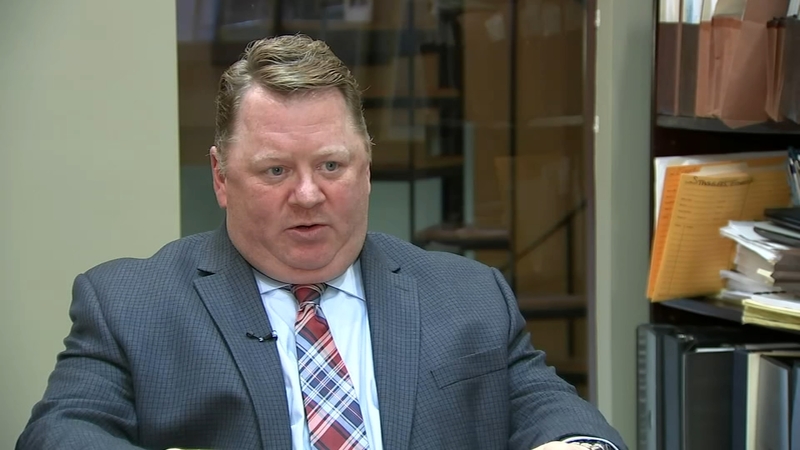 CHICAGO (WLS) -- A Chicago police lieutenant has filed a lawsuit against University of Illinois Chicago Law School alleging that he was subjected to hate speech and harassment from law school officials and faculty while he was a student.

Chicago Police Lieutenant John Cannon, who is white, also claims he faced retaliation after he complained about the alleged harassment.

Cannon is scheduled to take the bar exam this week. The 50-year-old graduated from UIC Law School last year, but he says his experience at the school, formally known as John Marshall, was anything but positive.

"I think there has been a significant damage done to my reputation and I think the law school has a responsibility to restore me before these attacks," Cannon said.

In a lawsuit against UIC law, a former dean and other faculty members, Cannon said he experienced discrimination for being a police officer.

"For them to come out to characterize their alums and anyone else associated with law enforcement there as white supremacists is very disturbing," said Dan Herbert, Cannon's attorney.

Cannon is one of many Chicago police officers who have attended UIC Law. He said he filed complaints with the school, but they were ignored.

Cannon accuses one associate professor of doubling down by hacking into his private Facebook account, manipulating Cannon's right-leaning political posts by adding false information, and reposting them on Twitter.

"The specific charge from the professor is that I was a bigot, a racist or some nefarious actor," Cannon said.

Cannon said the fake posts were widely circulated while he was busy with on the job as a Chicago police lieutenant.

"He was out on the front lines every single night, working these instances of civil unrest and he's doing this with the backdrop that the whole social media world believes he is a racist," Herbert said.