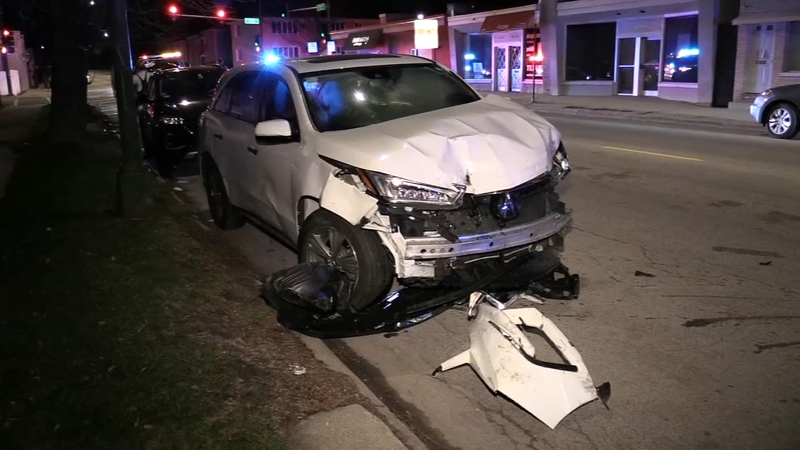 Police search for man who ran red light on NW Side, injuring 2

CHICAGO (WLS) -- Chicago police are searching for the driver of a vehicle involved in a crash on the city's Northwest Side.

Officers said the driver of a white Acura SUV did not stop at a red light and hit another car, a dark-colored Lexus sedan, before getting out and running away from the scene.