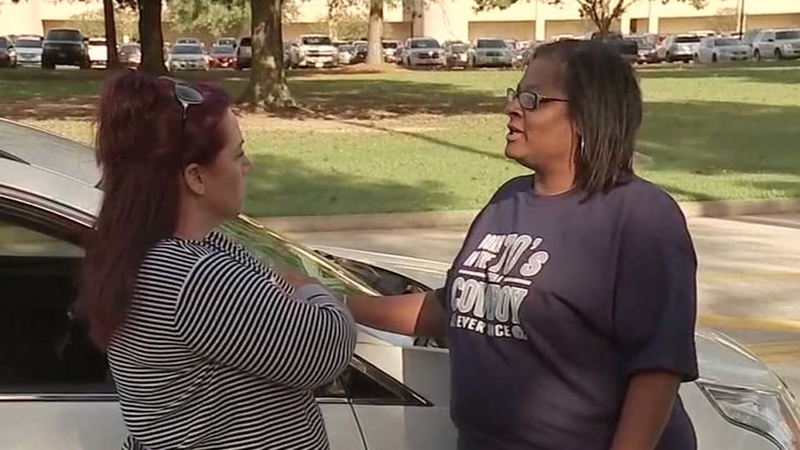 HOUSTON -- Parents from one local high school now say school officials are stirring up problems where there aren't any.

"(I was at the meeting) it was (catered to) black kids (and) not to live up to stereotype," said Justin Wharton, student at Klein Oak H.S.

What parents thought was a segregated event was anything but according to students at the meeting.

"I don't think it was segregation it was misinformation on how it was supposed to go," said another student.

On Wednesday night, African-American students received a note asking them to meet Thursday at the gym during second period for a meeting called U.N.I.T.Y., an acronym for Understanding the Needs and Interest of Today's Youth.

"It doesn't matter what race you were none of parents notified," said one parent.

Parents said they were not happy how the school decided to go about the U.N.I.T.Y meetings by separating different groups of students.

"Certain students need certain needs but we address those needs as a whole," said another parent.

Meanwhile, parents who decided to attend the meeting eventually changed their minds.

"So it's not a segregation or anything of that sort they just making sure they're included and not get lost," said a parent who was initially upset about the "black-only" meeting.

As for students who are standing by their principal, they said, race has never been an issue on campus.

"There's never any fights over race," said one student. ".Everyone is friends."

Klein ISD gave us the following statement about the Unity meeting.

Texas campus principals are charged with improving the academic performance of all students. They specifically must look at improving the performance of all sub-groups as defined by the state of Texas. In studying the test data, the Klein Oak principal found a need to work to close the achievement gaps in three sub-groups: economically disadvantaged students, English Language Learners and African American students.

The school has been hosting a series of small student group meetings within these sub-groups to address their academic needs. These small group meetings led to great open dialogue resulting in a request from the African American students to hold the meeting today.

All African American students were invited to today's celebration meeting, termed Unity, Understanding the Needs and Interest of Today's Youth but they were not required to attend. Topics revolved around how they can be successful academically and included motivational speakers followed by open dialogue. The intent of the meeting was to improve the academic performance of the students.

Klein Oak High School's philosophy is about servicing the students. Other examples of group meetings to meet student needs include holding an orientation for students coming to Klein Oak from other countries. The bottom line is when there is a need, Klein Oak seeks to meet that need. All students at Klein Oak are valued and their opinions are important.