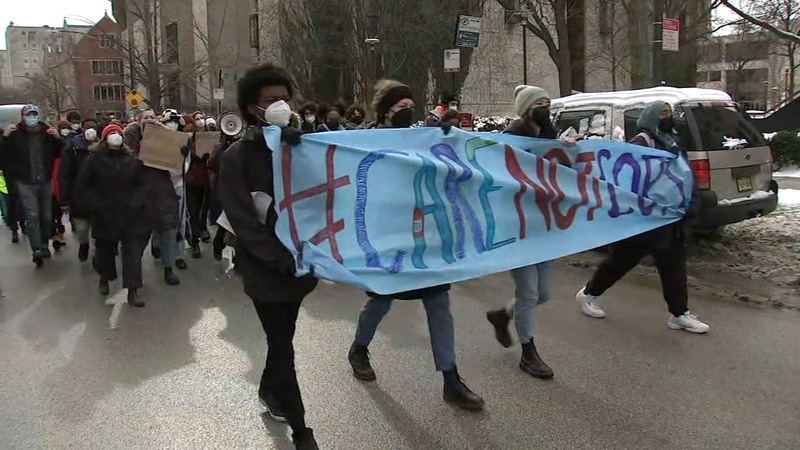 CHICAGO (WLS) -- A group of University of Chicago students have been rallying on campus, calling for the university to defund campus police.

The protest came after a police-involved shooting last month.

Students said the man shot, Rhysheen Wilson, was experiencing a mental health crisis, but the university said the man fired at the officer. The 28-year-old was charged with attempted murder of a police officer, aggravated discharge of a firearm and aggravated unauthorized use of a weapon.