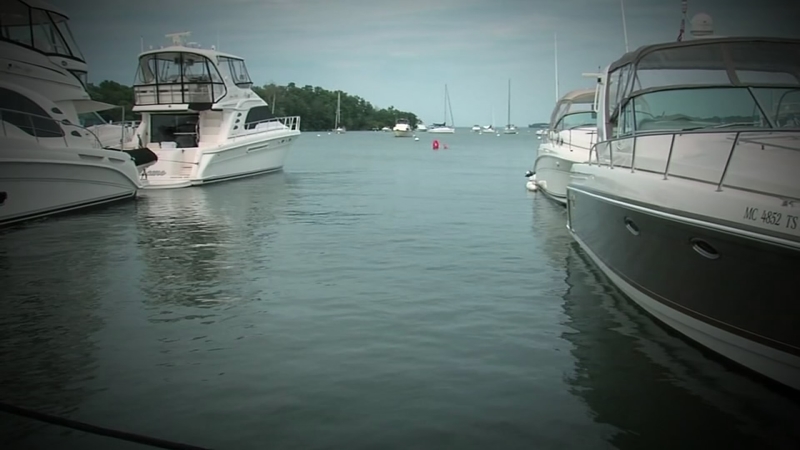 The sudden deaths of a 19-year-old boy from Ohio and a 10-year-old girl from New Jersey have prompted a stark warning about a devastating danger.

Initial reports say Kayla Matos, 10, and two friends were using an inflatable raft and swimming in a lagoon behind the home in Toms River, N.J.

Two of the girls touched the rail to a metal boat lift. Police say the electric current appears to have energized the equipment causing the fatal injury.

The girls were wearing life-jackets and were in the presence of adults, police say.

Adults at the scene began CPR on the girl; arriving EMS units took over and then transported the child to the Community Medical Center in Toms River where she passed away Sunday morning.

Kayla, a resident of Newark, New Jersey, was visiting her friend's home in Toms River, police say.
The two other girls were evaluated at the scene and determined to not be injured.

"It's like a nightmare we're living in. It's just not real, just not real. She was just a little girl. She loved just simple things. She was very excited for a dance coming up. It's just very sad. She will be truly missed," said Jessie Lopez, a relative of Kayla.
EMBED More News Videos

Elsewhere on the same weekend, a 19-year-old man was also fatally shocked in Put-in-Bay, Ohio.

"Once that happened, the wife that was still on the boat pulled out the shoreplug that was connected to the boat and the electric current that was in the water stopped," Sgt. Walter Hodgkiss of the Ohio Department of Natural Resources said.

Jeffrey Currie and his other son managed to get back onto the boat after the shore power was unplugged while Evan Currie did not.

The Ohio Division of Parks and Watercraft is investigating.

It's called electric shock drowning. It happens when a current from usually a 'short' in the wiring of a dock, marina or boat spreads through the water.

"We don't allow anybody in the water," said Penn's Landing Marina Dock Master Jim Picuri. "(You) can't sit on the dock dangling your feet. We don't allow jet skis (because) they create wakes and splash up," creating a potential hazard.

Picuri says anyone using electrical equipment around their boats should make sure circuit breakers are turned off before power cords are plugged in. Only after the cord is connected should the breaker be turned on.

Above all, Picuri advises, stay aware and observant when using or connecting electrical equipment in or around docks or boats.

Last year, Jimmy and Casey Johnson's 15-year-old daughter Carmen died after her family says she was electrocuted in a lake. They say the deadly currents came from water in a light switch box that charged the dock in their Alabama backyard.

"I was in a position where I could have saved her if it would have been anything, but electrocution in the water," Jimmy Johnson said.

Several states are now considering changes. They are calling for circuit breakers near the water, and for electrical outlets, which are required in most bathrooms, that shut down when there's a short or overload.
"There are probably a lot of drownings that happen that could be from this that people don't know," Casey Johnson said.

To keep your family safe, experts say you should inspect the electrical equipment at pools, docks, boats and marinas at least once a year. And it's a great idea to get a shock alarm or similar product that warns when there's electricity in the water.