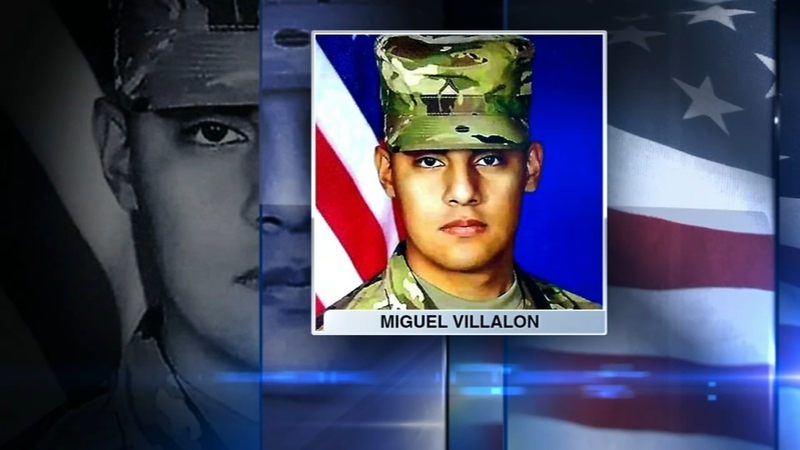 AURORA, Ill. (WLS) -- Flags in west suburban Aurora will remain at half staff to honor a local soldier killed in combat.

Twenty-one-year-old Private First Class Miguel Villalon was one of two soldiers killed Saturday when their vehicle was struck by a roadside bomb in Kandahar Province in Afghanistan.

They were conducting operations as part of NATO's Resolute Support Mission.

Villalon joined the Army in 2018. This was his first combat deployment.

A graduate of East Aurora High School, friends say he always made them a priority.

"He always made time for everybody, no matter where he was in the world," friend and classmate Rodrigo Hull said.

In Aurora, Villalon was part of a large family and a squad of four close friends.

Guzon exchanged social media messages with Villalon Friday. The next day he learned his friend was gone.

"He was the type of person that when he decided he was going to do something, he did it 100 percent and was committed to it," Allen said.

East Aurora School District 131 released a statement saying:
"We are grateful to Miguel for his courage and service to our nation. We extend our sincere condolences to Miguel's family, friends, and all those who loved him."

Aurora's Mayor says the flags here will fly at half-staff until the first sunrise after Villalon is laid to rest.

The school has not received word on funeral plans yet. Villalon's body is being returned to the U.S. later this week, and his family is traveling to meet him.