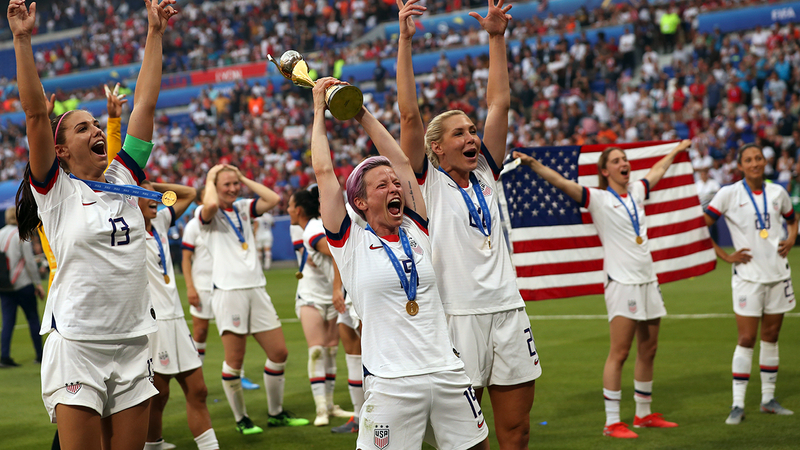 The United States team will be honored with a parade up the stretch of Broadway known as the Canyon of Heroes, starting at 9:30 a.m.

The US won its record fourth Women's World Cup title and second in a row by beating the Netherlands 2-0 Sunday.

Megan Rapinoe converted a penalty kick in the second half and Rose Lavelle added a goal.

Rapinoe scored in the 61st minute after a video review determined Stefanie van der Gragt had fouled Alex Morgan with a kick to the shoulder in the penalty area.

"You have inspired the entire country - and New York City knows how to celebrate champions." the mayor tweeted.

Fans gathered under the Manhattan Bridge Sunday to watch the game and cheer on the US team.

The Mayor's Office says that a limited number of tickets will be available to the general public to attend the ceremony at City Hall, which will take place at 10:30 a.m. following the parade.

Registration will open HERE at 2 p.m. on Monday July 8th.

More details about the parade will be released on Monday.