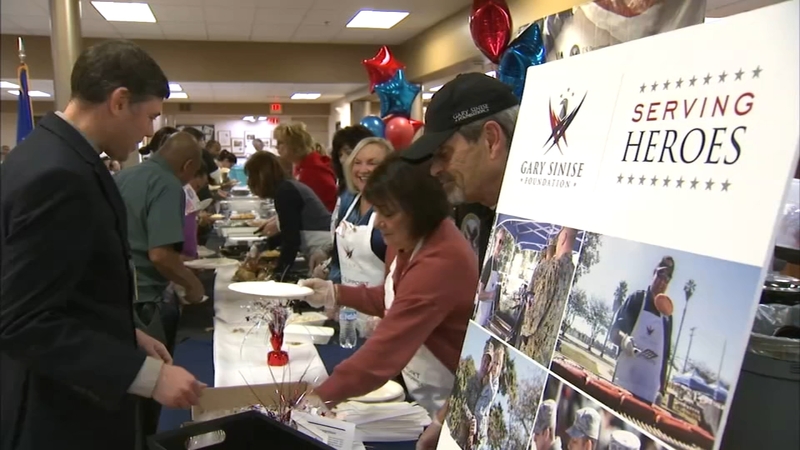 Veterans Day is one of 10 of the United States' federal holidays, meaning nonessential government offices are closed.

RELATED| Why is Veterans Day on November 11? What you should know about the federal holiday

Their founder Jesse White, who is also the current secretary of state, served in the Army 101st airborne as a paratrooper.

"I said I want to learn to jump out of airplanes. Send me to Kentucky," White said.

The VA hospital's mission is to serve veterans year round, but on this day they are honoring military from every conflict going back to World War II.

"People care about our veterans," said Hines VA acting director Candace Ifabiyi. "They didn't mind the weather, they showed up."

In the hall, veterans can find help with services ranging from employment to health care, and even financial services.

They also had the chance to get an autograph from fellow veteran and former white Sox star Carlos May.

On this important day, they also heard from speakers including a hero from the Pentagon during 9/11.

"There were several hundred of us who didn't stay evacuated," Lt. Col. Ryan Yantis said. "[We were] in and out of the building to help others."

Guitars for Vets plays at the VA once a week and the Gary Sinise Foundation puts on events once a month or so. It is all part of their effort to make sure Veterans Day happens more than one day a year.

RELATED| Here's where to get Veterans Day freebies

Officials said the ceremony honoring local vets will now be inside the Aurora City Hall building. That ceremony is scheduled to begin at 10:15 a.m.

The Brookfield Zoo will honor those who have proudly served our nation with events starting at 11 a.m.

Admission to the zoo is free for everyone on Veterans Day. Parking fees will still apply except for active or retired military members with a valid I.D.

In Wheaton, DuPage County officials will host programs all day at Cantigny Park.

Cantigny Park is home of the First Division Museum, a tribute to the 1st Infantry Division of the United States Army, nicknamed "The Big Red One," was the first unit to deploy and engage in battle during WWI, WWII, and Vietnam. 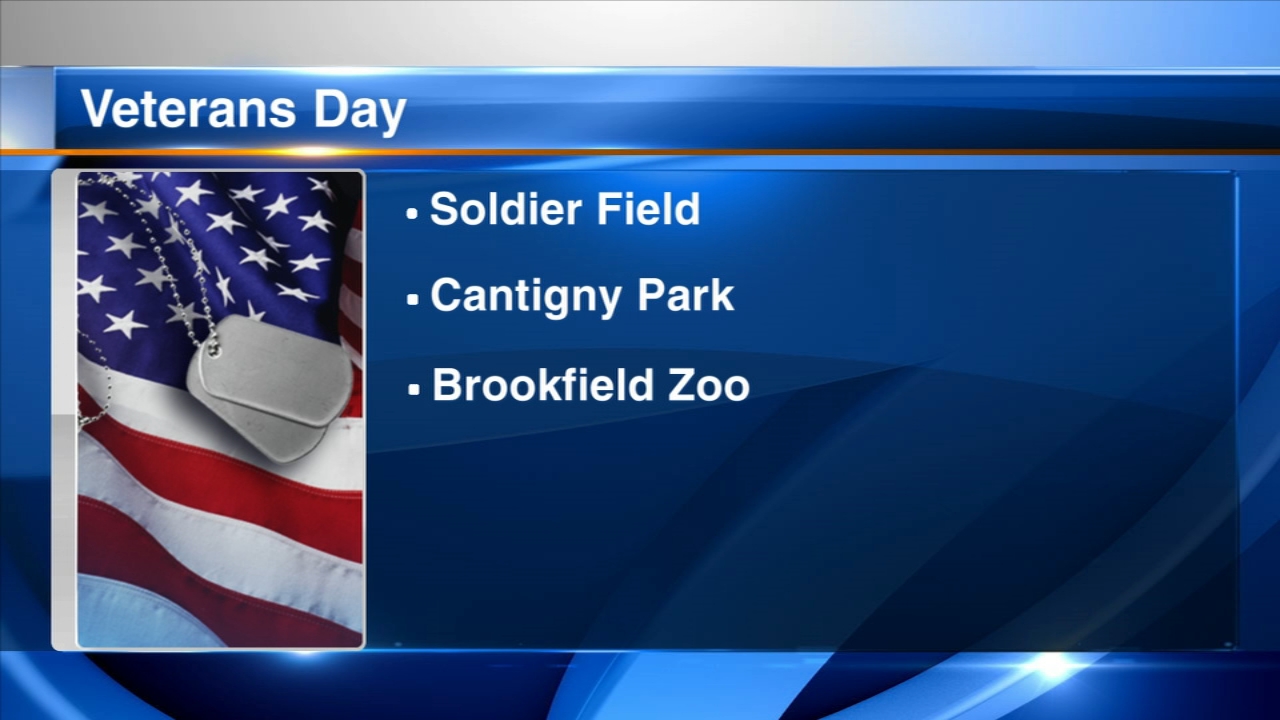