WARNING: Jason Van Dyke trial livestream, raw videos may include graphic content
WLS
By Jessica D'Onofrio, Leah Hope and Eric Horng
CHICAGO (WLS) -- The first day of the murder trial of Chicago Police Officer Jason Van Dyke wrapped up Monday. The day began with the judge denying a motion for change of venue and ended after opening statements were given and the first slate of witnesses were questioned.

Monday morning the judge denied the defense's the motion for a change of venue after the 12 jurors were officially sworn in. Van Dyke's attorneys wanted the trial moved out of Cook County.

Van Dyke is the first CPD officer in decades to be charged with murder in an on-duty shooting.

Chicago Police Officer Jason Van Dyke opted for a jury trial. The jury is made up of eight women and four men.

In his opening statements, McMahon told the jury Van Dyke's actions were unjustified and rooted in racial bias.

"There's no dispute Laquan had this knife," he said. "What he did see was a black boy walking down the street on Pulaski towards a chain link fence and having the audacity to ignore the police."

Complete opening statements from the prosecution in the trial of Jason Van Dyke.

McMahon told jurors Van Dyke was on the scene only six seconds before he shot McDonald, who was walking away from him with a three inch knife in his hand.

He showed the jurors three video clips from that night at 40th and Pulaski as officers followed McDonald. He also played jurors the police dash cam video that shows the shooting.

The dash cam video shows the officer shooting McDonald 16 times just seconds after he got out of his patrol car. The African-American teenager was stealing car radios and was holding a small knife in the Archer Heights neighborhood. An autopsy later showed he had PCP in his system.

The defense said in their opening statements that Van Dyke was just doing the job he was trained to do, and that McDonald's action caused the use of deadly force.

"Jason Van Dyke reports for his tour of duty, and as a cop coming out of roll call, he did everything. Him and his partner went to 7-Eleven, had a cup of coffee, and prepared for the night's activities, whatever that may be. What Jason Van Dyke didn't know at that time was that his life was going to change forever," said defense attorney Dan Herbert.

Complete opening statements from the defense in the trial of Jason Van Dyke.

Herbert described McDonald as on a "wild rampage" and high on PCP when he slashed a police car tire and scraped a police car windshield. He said McDonald targeted Van Dyke like a victim in a horror movie, and told jurors the shooting video only tells part of the story.

"When Laquan McDonald gets confronted he attacks," Herbert said. "That's what he did that night."

Van Dyke told the Chicago Tribune he is not a murderer.

"I never would have fired my gun if I didn't think my life was in jeopardy or another citizen's life was," he said. "It's something you have to live with forever."

On the first day of testimony jurors also heard from two other Chicago Police officers who were on the scene and did not fire at McDonald. One officer testified that McDonald did not appear to be attacking or attempting to stab anyone. The other said he didn't fire his weapon because he was trying to buy time to get a Taser.

McDonald's sister was in court Monday, along with some other family members, but not his mother. Tiffany Van Dyke sat with Father George Clements in the courtroom.

Also in court were community organizers William Calloway and Frank Chapman, as well as journalist Jamie Kalven whose Freedom of Information Act request led to the release of the dashcam video in 2015.

Peaceful protesters are expected to gather outside of the courthouse. Many will be watching this case very closely.

Members of the public who want to observe in court are required register for a seat in advance in person. A limited number of seats will be given out on a first come, first serve basis.

You can watch the opening statements along with the rest of the trial through a live stream on abc7chicago.com and the ABC7 news app. 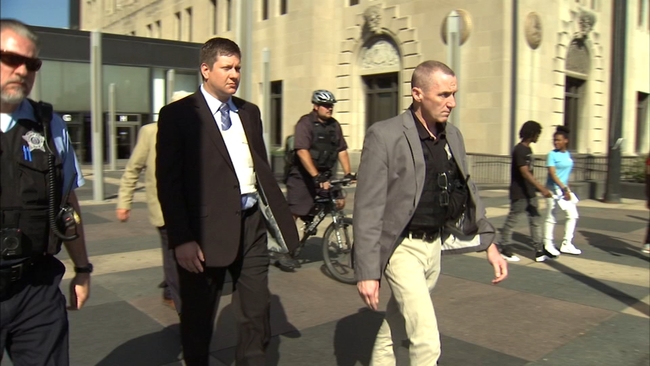 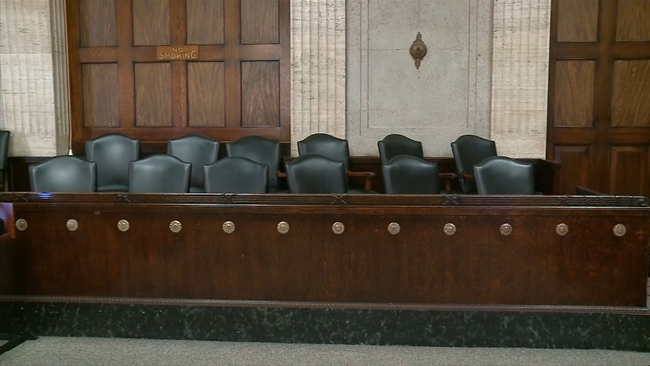 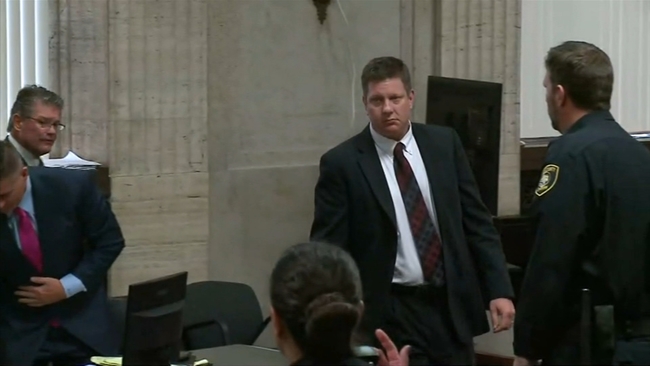