Chopper 7HD flew overhead as rescue crews responded to three horses and a llama trapped in floodwaters near 26th and Colorado streets. The crews were able to coax the horses to dry ground, but were unable to get the llama to go with the horses.

Rescuers decided to leave the llama, named Gorgeous, inside a barn since it was on high ground.

Flooding began after runoff caused by snow melt and heavy rains led to the nearby Deep River overflowing its banks. The overflowing river sent at least five feet of water into at least 30 homes, including the property where Cheryl Hayes boards the animals that were rescued, including horses and Gorgeous the llama.

A rescue crew works to get three horses and a llama onto dry ground.

"So far we've been doing pretty good bringing them out. There are horses that we got out last night. They were all coming pretty good, once you find the one that leads all the others, they'll follow," said Lake Station Assistant Fire Chief Robert Coleman.

The last time this happened was back in 2008, according to residents who said it was far worse.

"Between the snow and the water, it's not as bad as it was last time and it's supposed to be receding," said Claudia Boyd, the stable owner.

At another farm in Lake Station, Ind., nine horses had to be rescued from flooded stables. The owner said rescue crews had to wade through five feet of water to pull those horses to safety. The horses will stay at a ranch in Hebron.

Meanwhile, people living along the Illinois River finally saw the floodwater start to recede after the river crested overnight.

An evacuation order in Marseilles has been lifted as the Illinois River began receding Thursday.

In Marseilles, nearly 200 families were forced to leave their homes Wednesday after LaSalle County officials called for a mandatory evacuation. Most complied, using pink ribbons outside to let police know they didn't stick around to wait for floodwaters to rush in.

Thursday morning, the mandatory evacuation was lifted and residents were allowed back into their homes.

Jon O'Brien didn't get much sleep Wednesday night, wondering what would happen to home he left behind.

"I mean, we moved everything from the basement upstairs and everything from our bedroom that sits on slab into basically everything in one room up high enough hopefully to where it wouldn't get wet if it did flood," O'Brien said.

The Illinois River was still raging Thursday, but water levels were going down.

"Everybody's just been unsure for the last 24 hours at what was going to happen and from what I saw everybody came together and helped, each other out," O'Brien said.

The flooding was familiar to residents who lived in Marseilles back in 2013 when a flood wiped out most of the city. Jon O'Brien said at least this time, it's different.

"I feel good about that, real good. It's a relief just knowing this won't happen again like it did in 2013," he said.

A voluntary evacuation is still in effect and those who plan to go back to their homes should be prepared for a future mandatory evacuation.

Meanwhile in the south suburbs, the next challenge will come this weekend when more rain is expected, which could mean more problems for those who already have flooding issues.

Flood Warnings remain in effect for areas near rivers, including in Morris near the Illinois River. In Morris, a pickup truck drove into the water on Pine Bluff Road East of Route 47. Crews in a rescue boat went out to the truck to rescue the stranded driver and were able to get him into a utility truck.

A rescue crew had to use a boat to rescue a stranded driver in Morris Thursday morning.

In Dolton, homeowners have a hefty cleanup job ahead after the Little Calumet River crested and floodwaters creeped into people's homes, garages and basements. The flooding got so bad, some residents had no choice but to leave their homes.

"Everything is floating, so everything is at about window sill level floating in the water and it's about maybe an inch under our door knobs," said Casimir Bailey, who had to evacuate her home early Wednesday morning.
"As long as we don't get any more rain or any more slushy snow like we've had before, we'll probably be ok, just gotta keep our fingers crossed," said Kim Grice, whose home flooded.

In Kankakee, the sheriff was urging people to stay away from high water. Thursday morning, most area rivers have already crested, which means homeowners in the south suburbs can expect to see water levels drop.

Some roads are still closed, including 143rd Street between Creek Crossing Drive and Wolf Road in Orland Park. 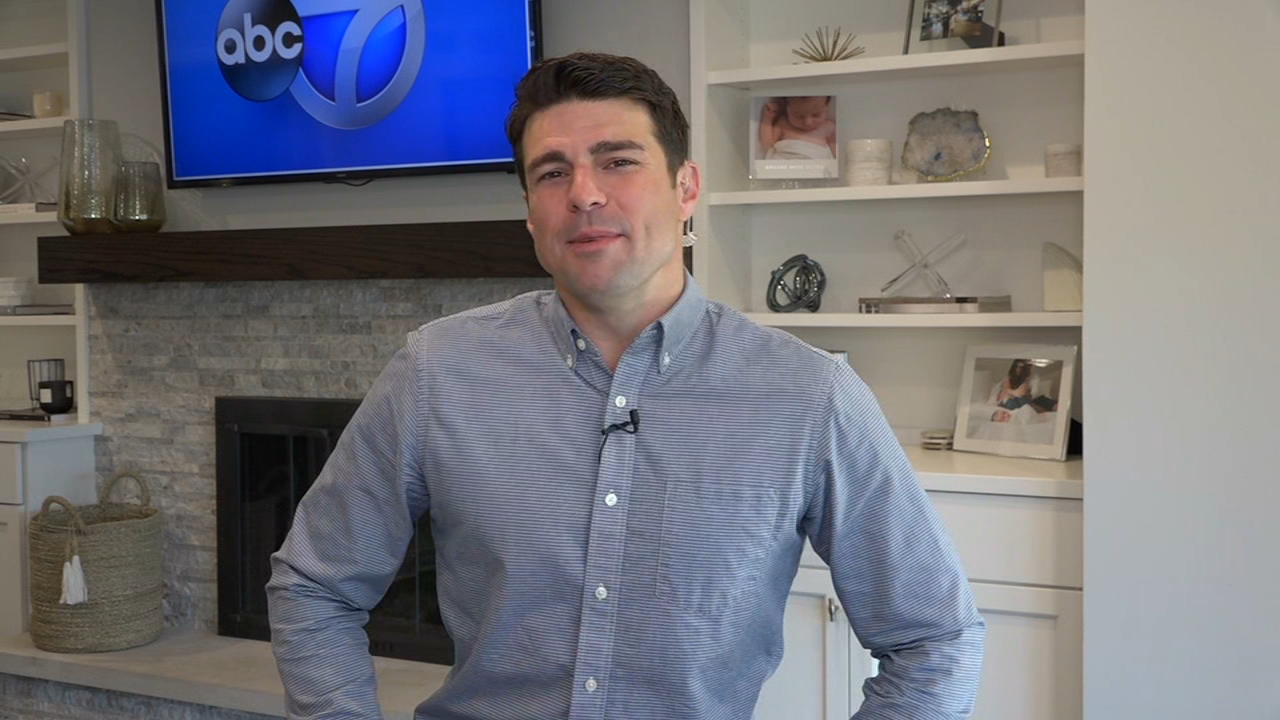 Valpo food pantry in need after flood wipes out half of food, supplies 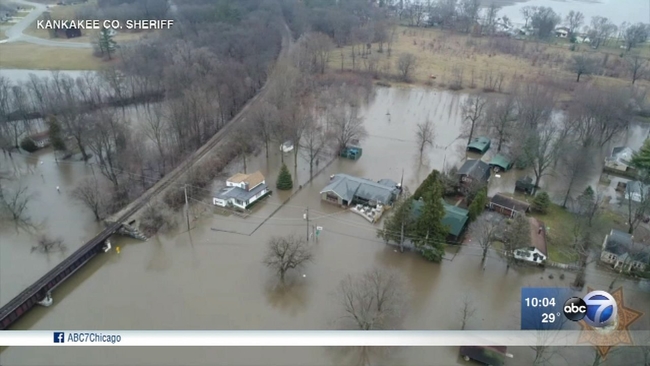