Naperville, Bolingbrook see over 3 inches of rainfall
WLS
By Will Jones 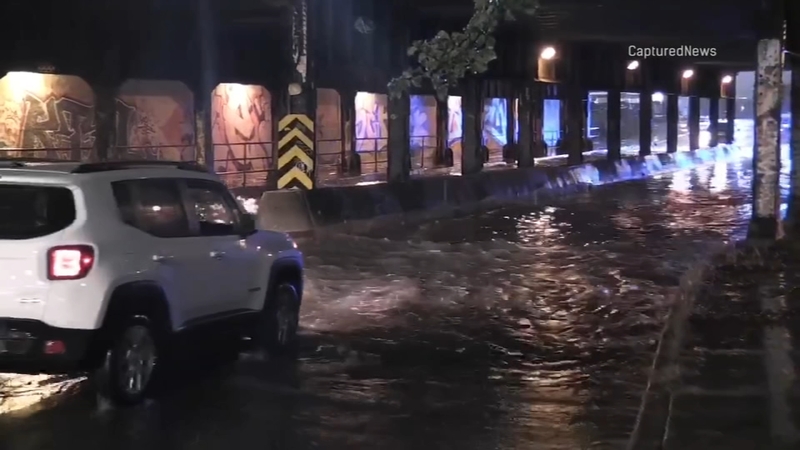 Roughly an inch and a half of rain had fallen across the Chicago area as of about 5 a.m. Thursday, ABC 7 meteorologist Greg Dutra said. A line of storms stretched from DeKalb to Chicago.

By the end of the storms, Naperville had seen 3.15 inches of rain, Midway 2.53 inches and the Loop almost 2 inches. Bolingbrook recorded 3.27 inches of rain.

The storms, which persisted all night, were expected to move out of the area about 8:30 a.m., Dutra said.

There was flooding across Chicago's expressways because of the rainfall, including on the Kennedy, Eisenhower and Stevenson.

RELATED: Get the latest AccuWeather forecast from ABC 7 Chicago

Multiple lanes of the Kennedy were flooded at the Hubbard Street tunnel. There were delays on the Stevenson in both directions at Pulaski and California avenues, and there was flooding on the inbound Eisenhower at North Avenue.

Motorists were advised not to drive through standing water as flooding issues persisted throughout the morning rush hour.