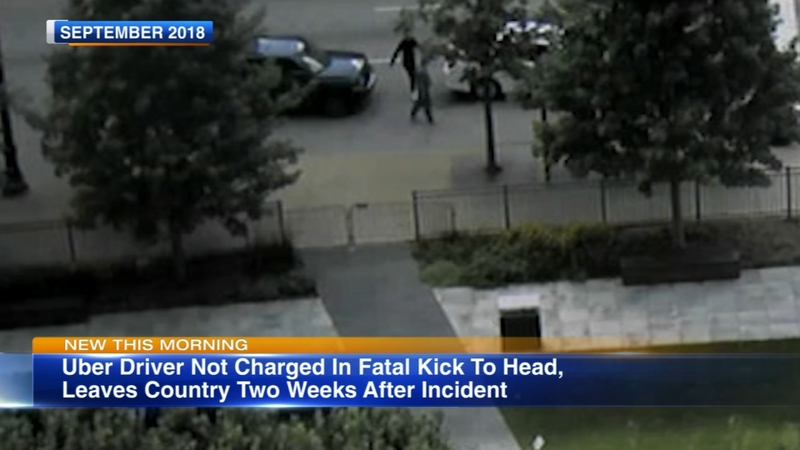 CHICAGO (WLS) -- The family of a Chicago cab driver who died after he was kicked in the head is upset charges were never filed against the Uber driver who they say is responsible and now they say that driver has left the country.

Surveillance video from September shows the altercation between 64-year-old Anis Tungekar and the 30-year-old driver. Tungekar died two days later after being kicked.

Police arrested the Uber driver, but released him when the Cook County state's attorney declined to file charges.

The family released a statement saying, "The night our father and husband died, we were devastated by the news that his killer was released from police custody. To find out that the State's Attorney's repeated refusal to file charges in this case allowed the suspect to flee the country brings our family an even greater sense of loss and helplessness. We are dumbfounded that three months after Anis's death, the State's Attorney continues to take actions that make it harder for police to catch his killer and for our family to ever see justice served."