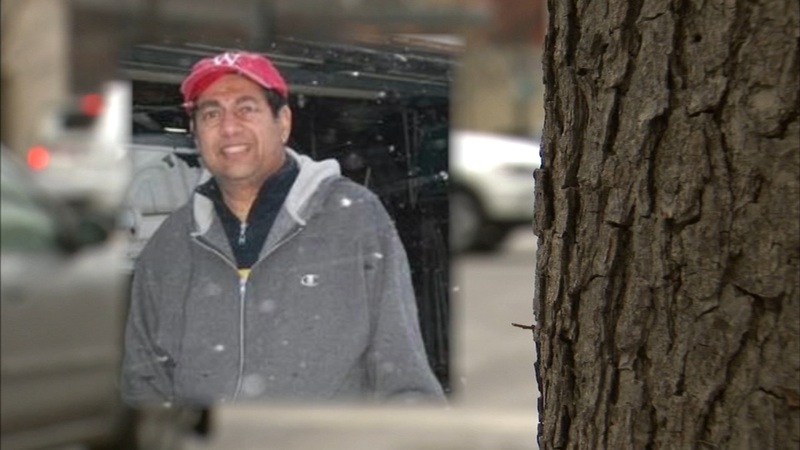 CHICAGO (WLS) -- An Uber driver who allegedly killed a cab driver in September has apparently left the United States, the victim's family has been told by police.

Omar Tungekar, whose father Anis Tungekar was seen in a video being kicked in the head, said Wednesday that he blames states authorities for allowing the man to leave the country.

Anis Tungekar died after he got into an argument with the Uber driver in the West Loop neighborhood.

Chicago police arrested the driver, who is a Chinese national, but released him when the Cook County State's Attorney's Office didn't file charges.

Tungekar's family said they are filled with a sense of hopelessness.

Now, they are focused on finding justice for what they believe was murder.

In surveillance video, Tungekar is seen outside his car while another man -- a 30-year-old Uber driver confronts him.

"This 30-year-old Uber driver roundhouse kicked him in the head and killed him," said son Omar Tungekar.

Omar Tungekar said police interviewed witnesses, watched the video and provided all the evidence the state's attorney's office asked for. However, prosecutors have yet to approve charges.

The Cook County State's Attorney's Office said Wednesday there is now a warrant for the suspect's arrest.

The Tungekar family said the Chicago police requested that warrant without the state's attorney's involvement.