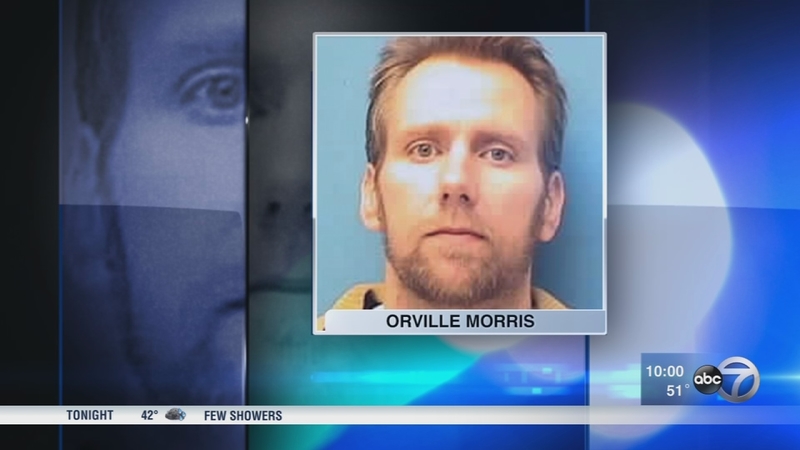 A sheriff's patrol supervisor is at the prison, and other deputies are responding to the area. Administrators at the Westville Correctional Center confirmed there was an escape from the facility.

The inmate was identified as Orville Morris, 36, of Marengo, Ind.

Police initially believed Morris escaped in a semi truck carrying pallets from the pallet shop in the prison where Morris worked, but three trucks that had left the facility by the time Morris was reported missing were intercepted in Niles, Mich., and searched. Morris was not inside them.

The facility itself is still being searched, as are dozens of buildings on the correctional center's grounds. Police said there was no breach in the electric fence surrounding the facility.

He is described as a white male, 5 ft. 9 in. tall and 210 lbs. with brown hair and green eyes. He was last seen wearing a green jumpsuit. He has several identifying tattoos: a skull with a five-point crown on his upper right arm, "K.N.M." on the left side of his neck and "J.M." in the web of his left hand.

He was being held on charges of burglary, robbery, theft and receiving stolen property.

His family lives in Ohio.