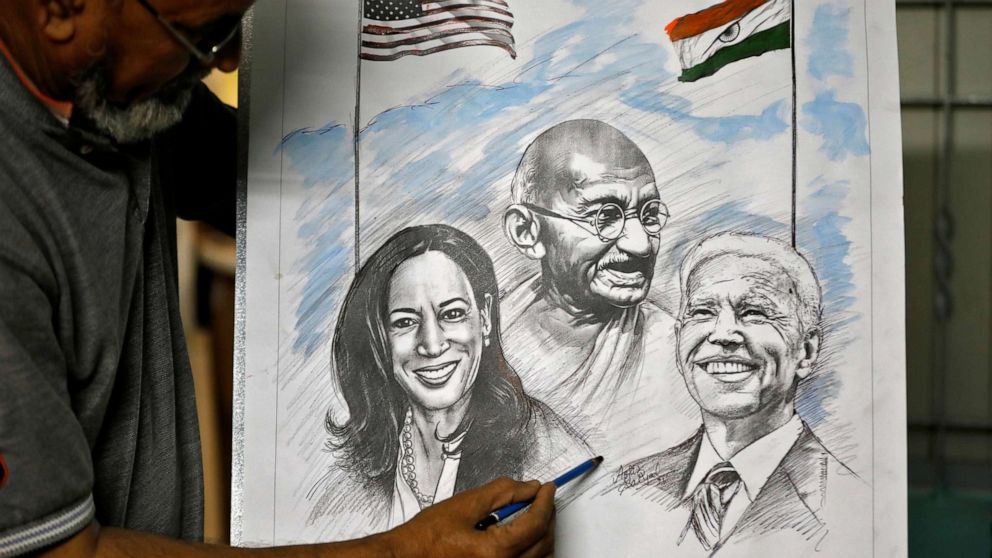 LONDON -- World leaders have reacted to a "new dawn" in U.S. politics after Joe Biden was sworn is as the 46th president of the United States.

Historic allies in the EU and U.K. have struck the most upbeat tone, with Ursurla von der Leyen, president of the EU Commission, saying there's a "friend in the White House" after four years where transatlantic relations often were strained.

"This is a historical achievement, and this also makes this day very special," she said. "This new dawn in America is the moment we've been waiting for so long. Europe is ready for a new start with our oldest and most trusted partner."

She added: "This will be a very strong starting point for our renewed cooperation, and of course, way more is to come."

"As I said when I spoke with him on his election as president, I look forward to working with him and with his new administration, strengthening the partnership between our countries and working on our shared priorities from tackling climate change, building back better from the pandemic and strengthening our transatlantic security," he said.

The British ambassador to the U.S., Dame Karen Pierce, said the Biden presidency was "very good news" for the U.K. Queen Elizabeth II also sent her congratulations to Biden in a private message before the inauguration.

Israeli Prime Minister Benjamin Netanyahu sent his congratulations to both Vice President Harris and President Biden on their "historic inauguration."

"I look forward to working with you to further strengthen the US-Israel alliance, to continue expanding peace between Israel and the Arab world and to confront common challenges, chief among them the threat posed by Iran. I wish you the greatest success," he said in a statement. "God bless the United States of America. God bless Israel."

President Emmanuel Macron of France used his message to welcome back the U.S. into the Paris Climate Agreement.

At a Chinese Foreign Ministry press conference on Thursday, spokesperson Hua Chunying said she was "very moved" by the fireworks display on inauguration day, and that the "people of China and the United States deserve a better future."

She criticized the previous administration, and especially former Secretary of State Mike Pompeo, for burying "too many mines in Sino-US relations that need to be eliminated; too many bridges have been burned and need to be repaired." Pompeo was sanctioned by China in a largely symbolic move, along with several other former Trump administration officials, which will see them barred from entry to Hong Kong and denied Chinese visas in the future.

Russian President Vladimir Putin has yet to react to Biden's historic day but Kremlin spokesperson Dmitry Peskov phoned into a press briefing to say that he did not foresee a change in the U.S.-Russia relationship.

"Nothing will change for Russia. Russia will continue to live just the way it has lived for hundreds of years, seeking good relations with the U.S.," he told reporters on Wednesday."Whether Washington has reciprocal political will for that will depend on Mr. Biden and his team."

Biden faces a series of foreign policy challenges, and Russia have sent an immediate public invitation to the new administration to extend the New START arms treaty, the last remaining arms control agreement between the two countries, which is in danger of lapsing this month following the Trump administration failed to agree to extend it.

"If you do not do so, we will not bow down to you. If you do fulfill your obligations, we don't owe you anything," Rouhani said.

On a different note, Vice President Kamala Harris' ancestral village in India, where her mother's family hails from, marked the day with special prayers and pictures of Harris displayed in public and celebrations.

Thulasendrapuram, a tiny village just over 200 miles from the city of Chennai, is where Harris' maternal grandfather was born.

"We are feeling very proud that an Indian is being elected as the vice president of America," Anukampa Madhavasimhan, a local teacher, told The Associated Press.