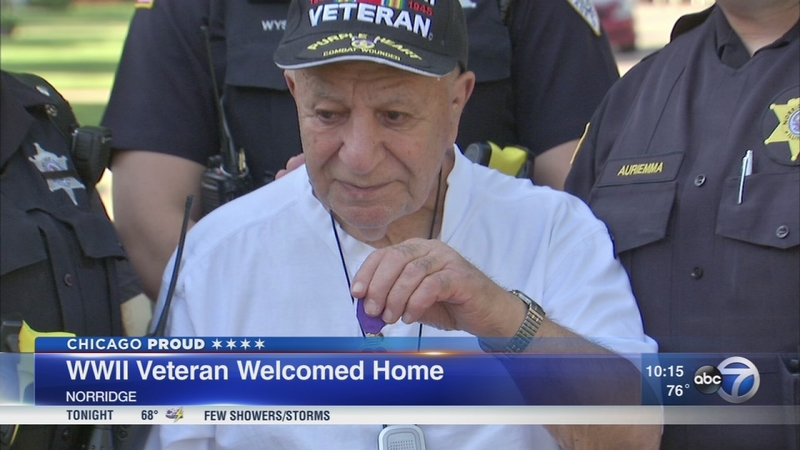 NORRIDGE, Ill. (WLS) -- A Colorado man originally from Chicago may have been the last to ever receive a Purple Heart for his part in World War II.

Daniel Sayad served for two-and-a-half years. He landed on the beaches of Normandy three weeks after D-Day and made his way through France to northern Germany as part of the 29th infantry.

Sayad was injured in a mortar field in November 1944 and took a bunch of shrapnel. The mortar field also killed his friend. Although medics found him and carried him back for treatment, a German sniper shot him in his leg on the journey back.

He was discharged after the war ended in 1946 and returned to Chicago, but Sayad later moved to Colorado, where he's lived for the past 36 years.

Now facing terminal cancer, Sayad told the staff at the VA hospital in Denver about never getting his medal. Last month, he finally received it.