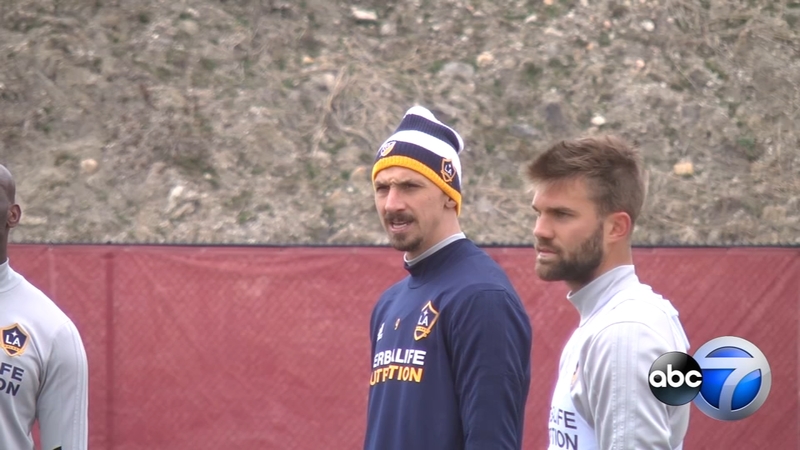 BRIDGEVIEW, Ill. (WLS) -- Chicago soccer fans have one player's name on the tip of their tongues-though it's not so easy to say: Zlatan Ibrahimovic.

He's an international superstar known for his tremendous play and entertaining antics away from the pitch; and thanks to an electrifying Major League Soccer debut for the LA Galaxy a few weeks ago, the 36-year-old Swedish-born striker showed everyone he's still a titan of the beautiful game.

"He is a legend. One of the best striker's in the world," said Chicago Fire Forward Nemanja Nikoli, whose team takes on Ibrahimovic and the Galaxy in a sold out match Saturday.

The Chicago Fire say Toyota Park's capacity is around 20,000 people. But for this match, they brought in extra bleachers and offered standing room tickets.

"Italy, in Spain, in England, in France," Banks added, listing off the various countries where Ibrahimovic has played over a nearly two decade-long career.

His past teams included Manchester United and Barcelona. But "Ibra," as he's known, is unique because he makes jaws drop on and off the pitch.

"He refers to himself in the third person all the time," said Banks.

Ibrahimovic even dubbed himself a lion,reminding everyone of it when he came to LA with a social media post involving video of a-you guessed it-lion. But as Manchester United fans of Chicago President Gonzalo Del Rio will tell you, "he says he's going to be a scoring machine... he is."

He's tallied "over 450 goals for club and country," according to the LA Galaxy's website.

His Fire opponents are happy to have him in the league, seeing a chance to put MLS in the spotlight and help younger players grow. But he's still their foe tomorrow.

"We have to work as a team to stop him and stop LA Galaxy," said Chicago Fire Defender Johan Kappelhof.