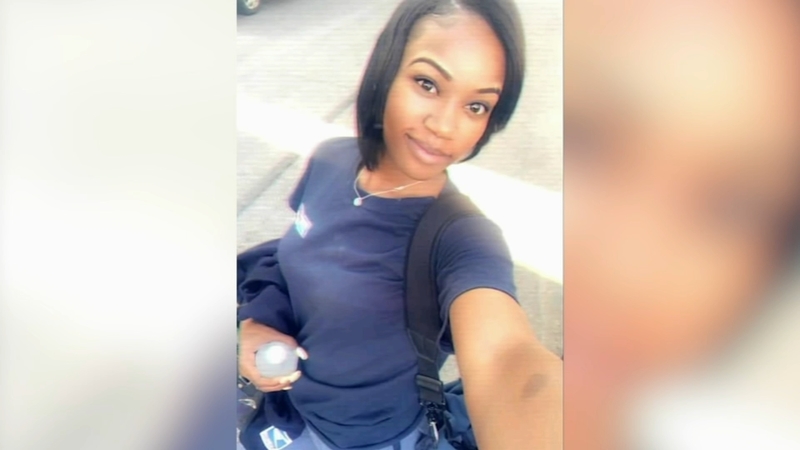 CHICAGO (WLS) -- The reward money offered for information in the case of a pregnant postal worker who went missing from the South Side in the fall grew on Sunday, two weeks after she was due to give birth.

Kierra Coles, 27, would have given birth April 23. Instead of celebrating an addition to the family, Coles' family came together Sunday to distribute more missing person posters in the neighborhood where she was last seen leaving her apartment at 81st Street and Vernon Avenue to go to work on Oct. 2, 2018.

"I just don't want my sister gone forever," Kianna Coles said. "And I hope that somebody out there, somebody that do know what's going on can help us give her a safe return - her and my niece or nephew. We didn't get a chance to find out what it was going to be."

"We're not gonna allow this to become a cold case. We're gonna find out what happened to our sister," said Mack Julian, a member of the National Association of Letter Carriers.

Police have said previously that "foul play is suspected" in her disappearance.

Coles was described as a 5-foot-4, 125-pound black woman with brown eyes, black hair and a medium brown complexion, police said. She has a tattoo of a heart on her right hand and one that reads "Lucky Libra" on her back.

More than $46,000 is now being offered as a reward for information about Coles' whereabouts after a donor added $18,000 to the total on Sunday.

Community activist Andrew Holmes wants the cases of two other missing women to stay in the public's mind as the search for Coles continues.

Chaunti Bryla has an 11-year-old son and has been missing for three weeks.

"Every day we think about her," said her aunt, Eileen Sterling Wise. "It's just tough."

Marlen Ochoa-Uriostegui, 19, was also due to give birth recently, but hasn't been seen since leaving her high school in Pilsen two weeks ago. Friends and family suspect foul play.