It will soon stop accepting students in Chicago and nationwide. As the ABC7 I-Team reported in October, it is on a list of for-profit colleges under investigation.

Le Cordon Bleu College of Culinary Arts in Chicago reportedly has about 1,100 students, hundreds of employees and its website boasts its national network has more culinary graduates in the U.S. than any other for the years 2006-2013.

Now, the company Career Education Corporation, which owns the U.S. schools - independent of the international school - announced it will close its 16 U.S. campuses.

According to Le Cordon Bleu's website, the American company will "teach out" students and the last enrollment of new students will be in January.

"I don't know what's going to happen for us down the line," said Dwayne Washington, a Le Cordon Bleu student.

"I'm not sure if I'm going to be able to find a good job that pays enough," said Anita Slate, a Le Cordon Bleu student.

In October, the I-Team learned that the "for-profit" Le Cordon Bleu was under investigation by Illinois Attorney General Lisa Madigan. The I-Team exposed 25 for-profit colleges that government officials are keeping an eye on, investigating and even prosecuting.

Critics like Madigan and Sen. Dick Durbin say many of the schools are not properly accredited and have high loan default rates, leaving some students struggling to find work and pay off debt.

In a news release, the parent company of U.S.-operated Le Cordon Bleu blamed high operation costs for the closing and said it tried to find a buyer for the schools but they couldn't reach an agreement.

This is now the third for-profit school to close since the I-Team investigation.

"Le Cordon Bleu is built on a storied tradition of high-quality culinary education. Unfortunately, declining enrollment and federal regulations have forced us to end that tradition in the United States. We're handling this teach out in a way that protects the interests of students, giving everyone a reasonable opportunity to complete their program. The legacy of our campus will live on in the many graduates working in the culinary arts around Chicago now and for years to come," Le Cordon Bleu said in a statement.

U.S. Sen. Dick Durbin, D-Illinois, issued a statement Thursday evening: "Career Education Corporation has a long history of inflating job placement rates, charging outrageous tuition and providing subpar degrees to its students. Its Le Cordon Bleu schools were no exception. In Chicago, an Associate's in Culinary Arts at Le Cordon Bleu cost students $42,000 and they had a 1 in 5 chance of defaulting. At City College's Kennedy-King campus, by comparison, students are charged $7,000 for a degree and have only a 1 in 20 chance of defaulting. The for-profit college industry is collapsing as potential students realize they can get a better education for a more reasonable price elsewhere and as the schools face mounting scrutiny from federal and state government. Career Education Corporation is under investigation by 21 state Attorney Generals and the U.S. Securities and Exchange Commission." 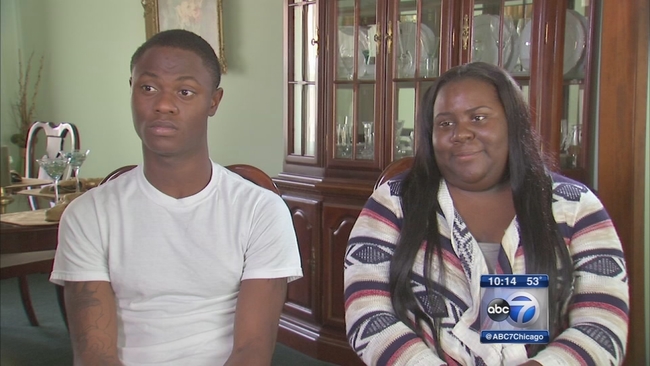