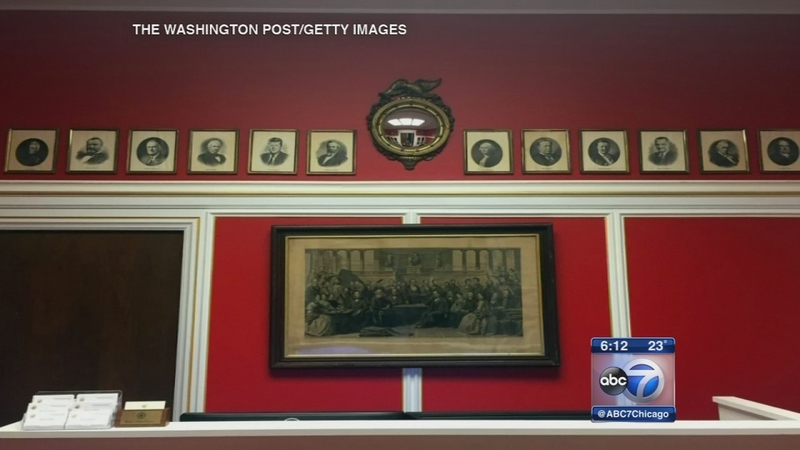 WASHINGTON, D.C. (WLS) -- A civic watchdog group is calling for an ethics investigation of Illinois Congressman Aaron Schock after disclosures that his Washington, D.C., office was redecorated to look like Downton Abbey.

Rep. Schock is the congressman from Peoria, serving in Washington where spending is closely scrutinized. Citizens for Responsibility and Ethics in Washington is questioning how his Capitol Hill office was redecorated is saying he violated House ethics rules by letting an Illinois interior designer deck out his public office like Downtown Abbey for free.

The disclosure that Schock's public office space looks like that of a British archduke, came from a Washington Post reporter who was struck by the decor and pictures on his Twitter page, which linked to an article he wrote about it.

The photos show fancy red upholstering and gold scrolls on the walls, historical looking prints and paintings and an array of pheasant feathers designed, according to the report, by a central Illinois decorator at no cost.

Citiznes for Responsibility and Ethics in Washington sent a letter Tuesday to the Office of Congressional Ethics asking for a House investigation, saying Schock was improperly accepting free interior decorating services and paying for furniture for his congressional offices with campaign funds, both of which are violations of congressional ethics rules.

Schock, who is no stranger to public displays, has not commented on the Downton Abbey matter and his spokesman did not reply to an I-Team request for a statement.