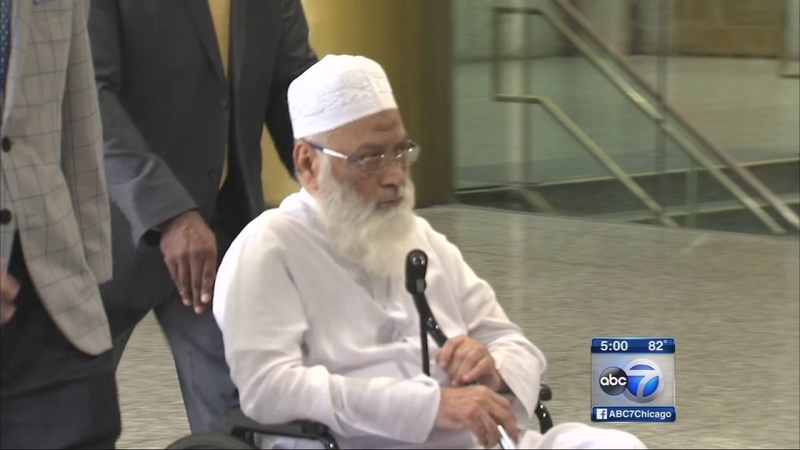 ROLLING MEADOWS, Ill. (WLS) -- An Islamic scholar pleaded guilty Thursday to sexually abusing a former student and an employee at the suburban school he founded.

Mohammad Abdullah Saleem was accused in February 2015 of sexually abusing a then 22-year-old employee of the Institute of Islamic Education in Elgin. In December 2015, he was charged with sexually abusing a student of the school.

"Mr. Saleem made a decision that was good for the community. This has been difficult for a faith-based community. He built that community," said Donna Rotunno, Saleem's attorney.

The abuse took place at the boarding school he founded, which serves grades 6-12. As part of his plea deal, Saleem can never return to that school.

Saleem must also register as a sex offender the rest of his life. He is not allowed to be in the presence of any females of any age, except relatives, without another female present.

Some said those consequences are not enough.

"Personally, I'd like to see jail time," said Dr. Afsar Ali, a supporter of the victim.

This is not the last time Saleem will see the inside of a court room. Several Jane Does have filed a civil suit against him claiming they, too, were sexually abused during their time at the boarding school. ABC7 spoke to one of those women last year.

"What he did was just so wrong. It just was not anything he should have done to anyone, especially sitting in front of the Qaran," she said.

She said Saleem of touched her inappropriately when she was just 12 years old.