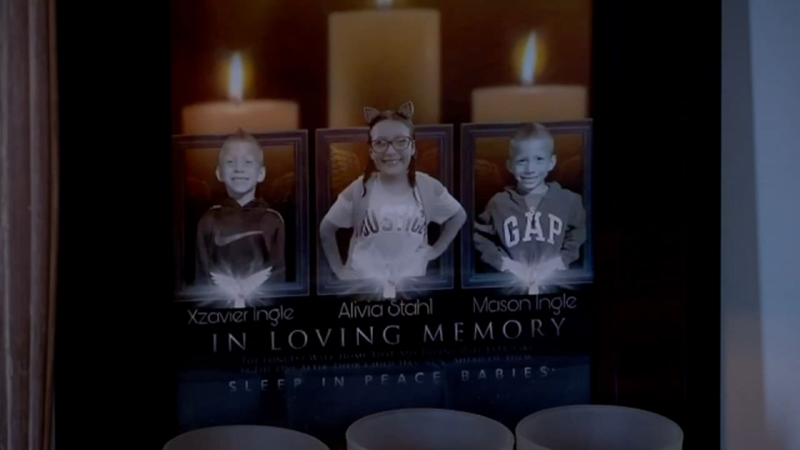 IN woman convicted of hitting, killing 3 kids gets early release

ROCHESTER, Ind. -- An Indiana woman convicted of hitting four children while they crossed a highway to board a school bus is expected to be released from prison early.

Three of the children died and the one that survived has life-altering injuries.

"Healing is continuing to give my kids the legacy they have and they deserve," said Brittany Ingle, the mother of the victims.

The healing process has been a rollercoaster for the Ingle family.

Between losing 9-year-old Alivia, and 6-year-old twins Mason and Xzavier, and dealing with the Alyssa Shepherd case, Ingle said they're looking toward the future.

"I don't let her control my happiness or my moods because I have a peace of knowing where my kids are," she said.

The woman charged in the deaths of three siblings struck and killed at a school bus stop Tuesday morning told police she saw the bus lights, but did not recognize it was a school bus.

Shepherd still has three years of community corrections and three years of probation. She also has electronic monitoring and her license suspended for 10 years, WSBT reported.

The children's grandpa, Michael Schwab, said they were preparing for this moment. Now, they just want to do something meaningful for the kids and community.

"She still has to deal with her house arrest and probation, and we don't want that to stand in the way and become a roadblock to achieve the things we want to achieve in life," Schwab said.

Ingle said this is a larger issue than just Shepherd.

More children have been hit at bus stops and they need to advocate for their safety through legislation.

"You just have to keep talking about it and awareness," Ingle said. "And I don't care who it makes uncomfortable because it was uncomfortable for me to bury three children."

As difficult as times get, Ingle said she'll always lean on God and her love for her children to pull through.

"This has been really hard on me, and I've fallen apart time after time and then, you know, I try to pull myself together because I am my kids' voice," Ingle added. "Without me, I mean, who's really gonna keep it going?"

The attorney for Shepherd had no comment on her release on probation.