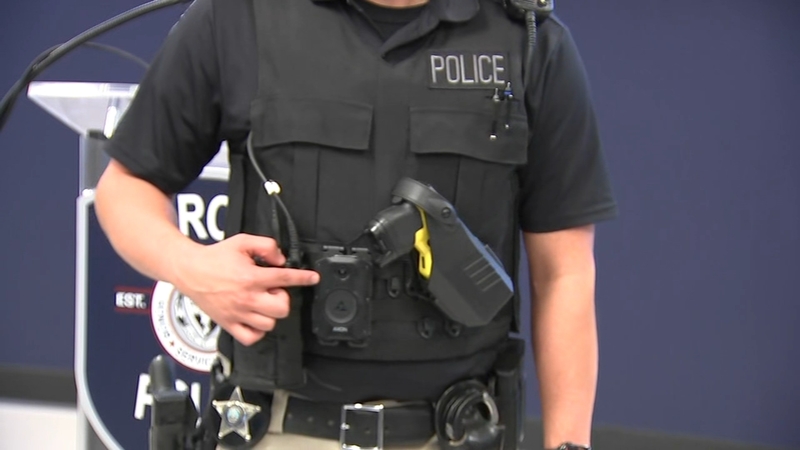 Aurora police officers are now wearing cameras on their bodies and cameras inside squad cars are getting an upgrade, too.

Two years ago this month, what started out as a peaceful protest in Aurora over the George Floyd verdict turned into a full-scale riot with destruction and looting in the downtown area. Aurora police were overwhelmed.

Most of the video of what transpired came from private security cameras or cell phones. Police say if it happened today, it would be different because all their officers are now equipped with body worn cameras.

While many other departments in the area, including Chicago, have had body-worn cameras for some time, Aurora held off until this year. The department spent more than $4 million on a system that includes dash cameras for squad cars and alerts on Tasers that activate the cameras when an officer uses it.

Police also have the ability to pull up live images from the cameras so they can monitor developing situations, such as the riots or even the mass shooting at the Henry Pratt Company that killed six people including the gunman three years ago.

The system will also allow officers to collect video from private businesses and citizens and put it into the system.

"It also gives our officers a layer of protection against false accusations," Cross said.

But that could also work the other way. Cell phone shot by a witness two years ago allegedly shows an officer smashing a driver's car window. It's part of a federal lawsuit alleging excessive force against Aurora officers during a traffic stop. The officers had no body-worn cameras at that time.

"We cannot be everywhere and cannot see everything," Aurora Police Deputy Chief Matt Thomas said. "The community is vital in getting the evidence to protect the people we serve."