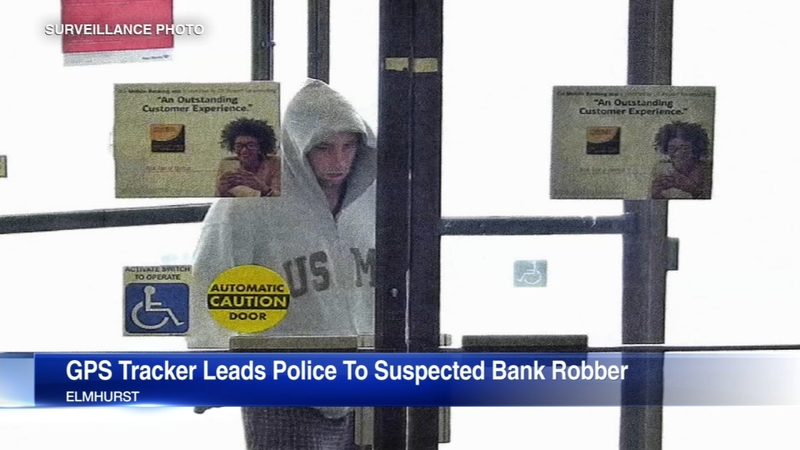 Man who robbed Elmhurst bank in pajamas arrested in Chicago

ELMHURST, Ill. -- A bank robber was arrested last Saturday after authorities tracked him across Chicagoland by a thin GPS location tracker hidden within the stolen bills he was carrying.

Evan Hall, 31, of the Village of Lakewood, was being detained following the robbery of a Bank of America at 205 N. Addison in west suburban Elmhurst, according to the FBI.

The robbery went down just after 10:30 a.m., when Hall, wearing pajamas and a hooded sweatshirt, allegedly entered the bank, walked up to the teller and threatened to "shoot up" the place if he wasn't handed cash, the FBI said in a criminal complaint.

Hall was given almost $3,000 in cash, which he fanned out in front of the teller, as if to look for a tracker or dye pack, the complaint said. He ran from the bank, but his location was being broadcast to police in real-time by a tracker hidden in the money. Law enforcement was automatically notified after motion had set off the tracker.

Within an hour of the robbery, Elmhurst police found Hall at a gas station at 414 S. Kostner Ave. on the West Side of Chicago, where he had stopped and entered a convenience store, according to the federal complaint. Police arrested him without incident.

Further investigation found Hall was driving a Honda CR-V that had been stolen earlier that day in McHenry County, according to the complaint.

Hall initially told police he had ditched the three grand, but he later admitted it was in his backpack, the complaint said. Officers searched the bag and found the money and the small GPS device, which was still emitting its location.

Hall appeared before a federal judge on Tuesday and was ordered detained, the FBI said.