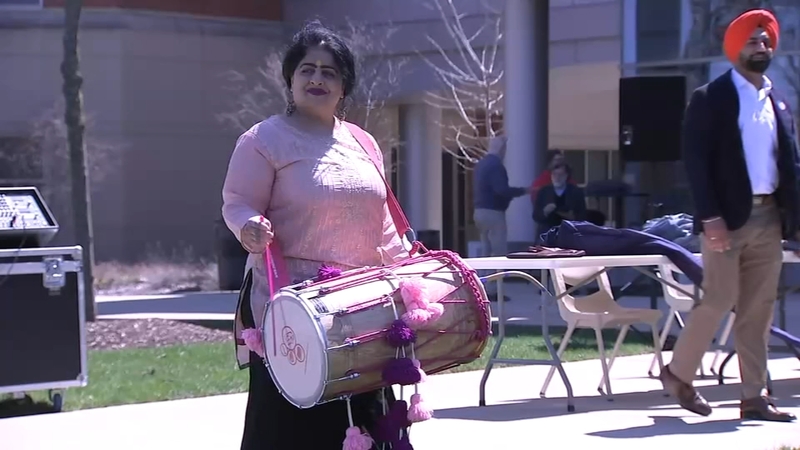 LISLE, Ill. (WLS) -- Benedictine University students celebrated one of the most important dates in Sikh culture known as Vaisakhi, a harvest festival, Thursday, while learning more about Sikh culture.

April is Sikh Awareness and Appreciation Month in Illinois.

Sikhism is the fifth largest religion in the world, but Benedictine professor Manmohan Kaur said many people don't know much about it. That's why she organized this celebration.

"I just want to create some awareness about Sikhism in particular and diversity and inclusion in general," Kaur said.

Often times Sikhs stand out. Many Sikh men don't cut their hair and have beards. They also wear turbans.

"I feel like if people just knew that someone is just wearing a turban, it's just an article of faith. It doesn't really mean that they are fundamentalists or fanatics," Kaur said.

Festival attendees were able to learn the history of the turban and how to put it on. Turbans used to be worn by the elite in Indian society.

Surina Birk is one of the few Sikh students on campus. She takes pride in sharing her religion and culture with others.