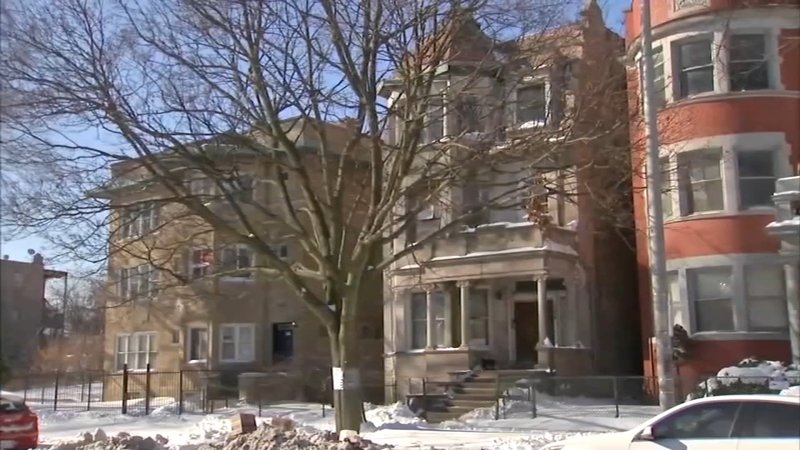 CHICAGO (WLS) -- The three-story, vacant, dilapidated Washington Park house is not much to look at. It's owned by Dr. JoAnn Tate, who lived there with her family for 30 years.

"My kids used to skate in there, it's just that big," she recalled.

For many years it was just Tate's home. But then she found out it's the last standing Phyllis Wheatley House in Chicago, offering shelter and resources to young Black women who moved north during the Great Migration.

The home was purchased in 1915 by the Phyllis Wheatley Club, named for Phillis Wheatley, an enslaved woman who was the first published Black poet in the United States in the 18th century.

"She was someone who made a difference at such a young age," Tate said.

For decades, 5128 South Michigan Avenue was home to Black women who had nowhere else to go.

"This was the only settlement in Chicago that was run by all Black women, and all the money was provided by the Black community," said Fiona Maxwell, a University of Chicago PhD candidate whose dissertation examines the history of settlement houses in Chicago. "I think destroying this house would be a lost opportunity for memorializing and sharing that story."

A Circuit Court hearing about the Wheatley House is set for March 16. At that time, a judge may issue an order to demolish the structure. In the meantime, those who know about the building are doing what they can to save it from the wrecking ball.

"We want to encourage the city, the courts and everybody to work together to repair this building, make it a landmark and make it something the community can enjoy once again," said Ward Miller, executive director of Preservation Chicago.