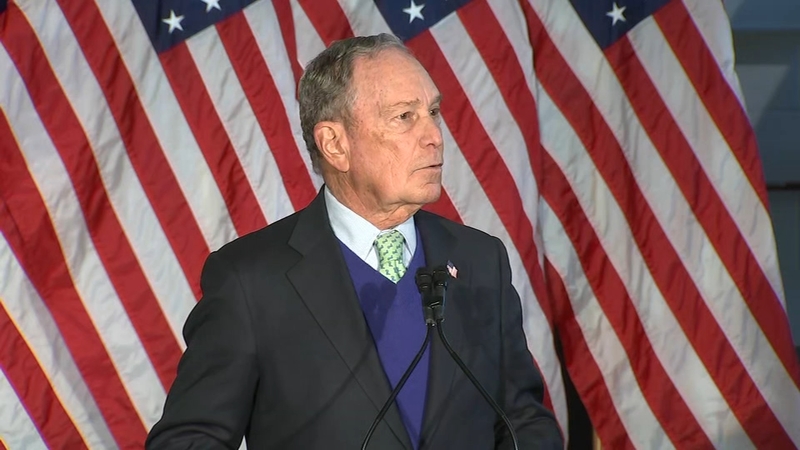 Mike Bloomberg is a late-comer to the Presidential campaign, launching his campaign just two months ago, but the billionaire businessman and former New York mayor is spending big bucks to play catch-up with the more established candidates, and that includes a growing campaign presence in Illinois.

Bloomberg rallied with supporters at Olive Harvey College, pushing his message of an all-in economy, talking about jobs, the jobs of the future and making sure that people Bloomberg believes have been left behind under Trump's leadership can succeed.

He talked about his plan of raising the federal minimum wage to $15 an hour, increasing internships and investing in community colleges. He also took swipes at the man he wants to replace in the White House.

"Again and again, candidate Trump made economic promises to working people that he had no intention of keeping and no ability to do that and I am sure he has broken all of them," Bloomberg said. "All across America there are people and places that are getting short-changed by an economy that is failing to spread opportunity and by a president who doesn't keep his word."

But Bloomberg, in talking about creating jobs, also took shot at some of the current Democratic front runners who he will have to play catch up with before the March primaries, which include Illinois' on the 17.

"Others point their firsts and point to scapegoats and make promises that they can't deliver on," Bloomberg said. "I believe we need a president who's actually done it."