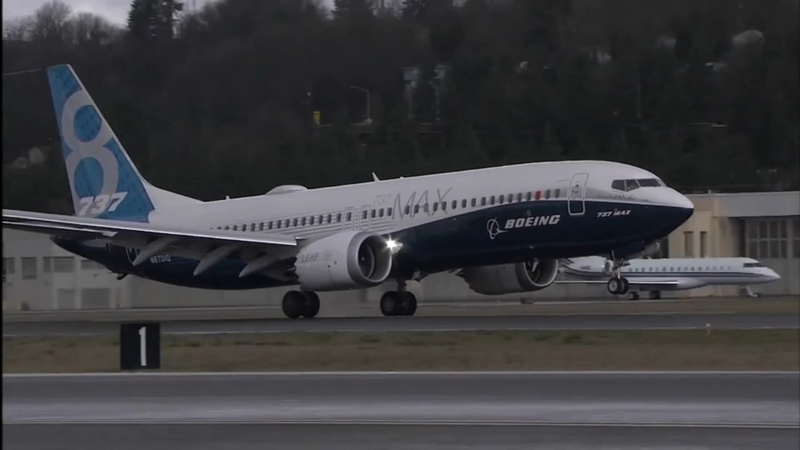 CHICAGO (WLS) -- Boeing announced Thursday it will move its global headquarters out of Chicago and Illinois entirely.

In a statement, Boeing said its campus in Arlington, Va., will serve as the company's new global headquarters. Boeing said the move east puts it geographically closer to one of its biggest customers, the Pentagon, and close to the Federal Aviation Administration, which certifies Boeing passenger planes.

In the company's announcement, Boeing said it plans to develop a research ad technology hub in the area to "harness and attract engineering and technical capabilities."

Boeing also plans to develop a research and technology hub in Northern Virginia. The company said it will continue to maintain a "significant presence" in Chicago and the surrounding area.

"We greatly appreciate our continuing relationships in Chicago and throughout Illinois. We look forward to maintaining a strong presence in the city and the state," said Boeing president and CEO Dave Calhoun in the announcement.

It was not immediately clear how much impact the move would have on Boeing's employees in the city.

In a statement, Illinois Senators Dick Durbin and Tammy Duckworth expressed their disappointment with the announcement.

"Boeing's decision to leave Illinois is incredibly disappointing--every level of government in our state has worked to make Chicago and Illinois the perfect home for Boeing's headquarters for the past 20 years. We are working together to ensure Boeing leadership both understands how harmful this move will be and does everything possible to protect Illinois's workers and jobs," the statement read.

Chicago Mayor Lori Lightfoot also released a statement on the move, saying, "Chicago is a world-class city and in the last year, 173 corporations relocated or expanded here, and 67 corporations have made that same decision since the start of 2022. While Boeing has decided to move their headquarters to another city, they will still maintain a presence in Chicago. We have a robust pipeline of major corporate relocations and expansions, and we expect more announcements in the coming months. What remains to be true is that Chicago is a major hub for global corporations that recognize our diverse workforce, expansive infrastructure, and thriving economy."
Report a correction or typo
Related topics:
businesschicagonear west sideboeingairline industryairline
Copyright © 2022 WLS-TV. All Rights Reserved.
BOEING
Chinese plane crash that killed 132 possibly intentional: US officials
Pilot builds backyard roller coaster for son
Former Boeing pilot involved in Max testing indicted
Boeing test flight to International Space Station scrubbed
TOP STORIES
Death toll rises to 21, mostly children, in TX school shooting
Uvalde school shooting: What we know about 19 kids, teacher killed
Republican candidates for Illinois governor face off in 2 forums
Father of Texas yoga instructor accused in cyclist's murder speaks out
Chicago expected to move to 'high' COVID level by Friday, Arwady says
Gary teen killed in shooting identified by family
Chicago Weather: Showers and storms Wednesday
Show More
Woman shot near CTA Red Line stop on South Side
Biden says 'we have to act' after Texas school shooting
1 killed in 10-vehicle crash on I-294 in Glenview
Long COVID symptoms mainly affect women in their 40s, study finds
Watch Steve Kerr's raw, emotional plea after Texas shooting
More TOP STORIES News