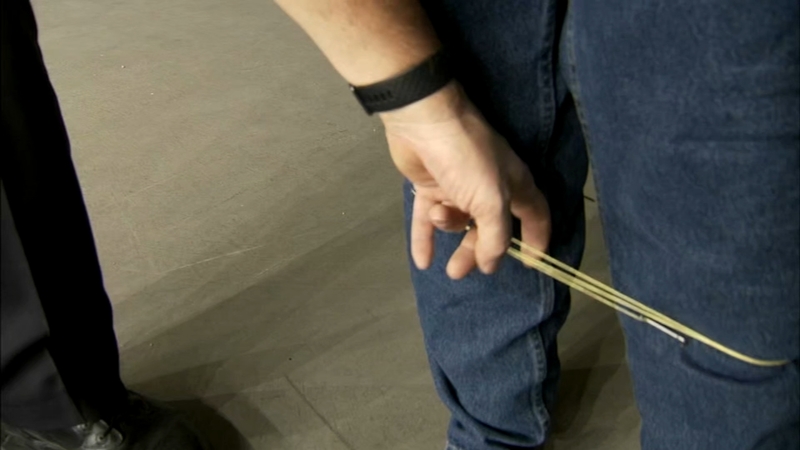 AURORA, Ill. (WLS) -- Several police departments across the Chicago area are testing new technology to assist in encounters with people in crisis or struggling with mental health issues.

While Tasers shock the body, this new device, called the BolaWrap 100, is meant to stop a person without hurting them.

"It looks like something you might find on Batman's belt. That's kind of what we equate it to," said Sergeant Larry Suttle of the Aurora Police Department.

The BolaWrap100 works by wrapping a person in 7.5 feet of Kevlar line to buy officers time, a critical resource in crisis situations. It has barbs attached to the line, which is itself held in a cartridge. A laser helps the officer aim before firing.

"The longer time we can talk to somebody without it escalating to physical force, the less likelihood that we're going to resort to force and more likelihood we're going to get cooperation," said Officer Douglas Rashkow.

The Aurora Police Department plans to train 10 officers to use the device.

BolaWrap said 10 police agencies in Illinois are currently field testing the wrap. Among them are northern suburbs Buffalo Grove and Des Plaines and western suburbs Westchester, Elgin and Aurora.

Aurora Police got the BolaWraps two weeks ago and two officers have been trained so far. They will test the wraps for the next six months and then evaluate whether it makes sense to keep them.