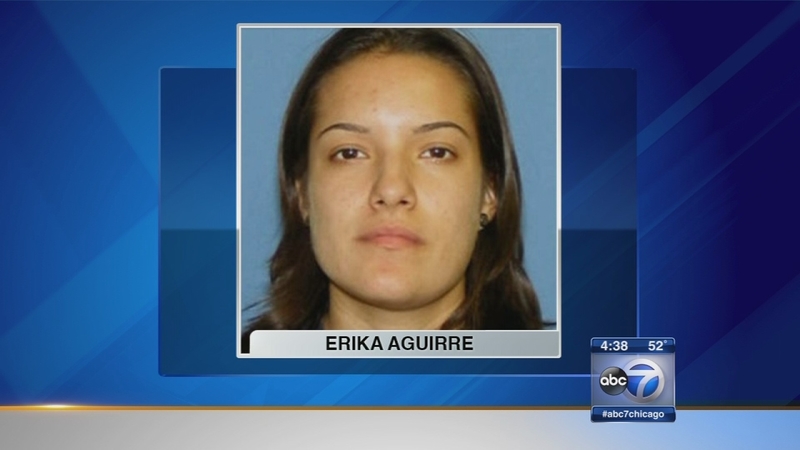 BRIDGEVIEW, Ill. (WLS) -- A 28-year-old Berwyn woman fatally shot herself late Sunday after breaking into a Bridgeview home and shooting a father and daughter, officials said.

The attack was an "isolated domestic incident stemming from a dispute between two women who were in a relationship," one of the victims told investigators, said Bridgeview Police Chief Walter Klimek.

The shooter, Erika Aguirre, apparently committed suicide in the house, located in the 7200-block of South Roberts Road in the southwest suburb, after she broke in through a basement window well around 11:30 p.m. Sunday, officials said.

Police said that Aguirre and the 27-year-old victim had been in a relationship and broke up recently.

Aguirre was a Cook County correctional officer for five years, working in the receiving area to process detainees, according to the Cook County Sheriff's Office.

After entering the house, Aguirre first encountered a 14-year-old boy. The boy, his 17-year-old sister and their mother escaped through the front door.

Aguirre then confronted the father and shot him twice. She then proceeded to the upstairs bedroom of the daughter and fired multiple times, striking the 27-year-old woman in the head, shoulders and legs.

Jeff Polston, a neighbor, said he saw the girl call 911.

"She was just distraught. Just sad. I just feel for that little girl right now, you know?" Polston said.

Klimek said Aguirre used a 9mm semi-automatic weapon. He said she was prepared to do more harm.

"She had one weapon. It was a semi-automatic weapon. She had a few magazines with her - clips with ammo," Klimek said.

Bridgeview police and a SWAT team found the woman on the kitchen floor.

A woman shot two people in their home in southwest suburban Bridgeview before turning the gun on herself, investigators said.