Bruce Rauner offers farewell assessment of his term as governor 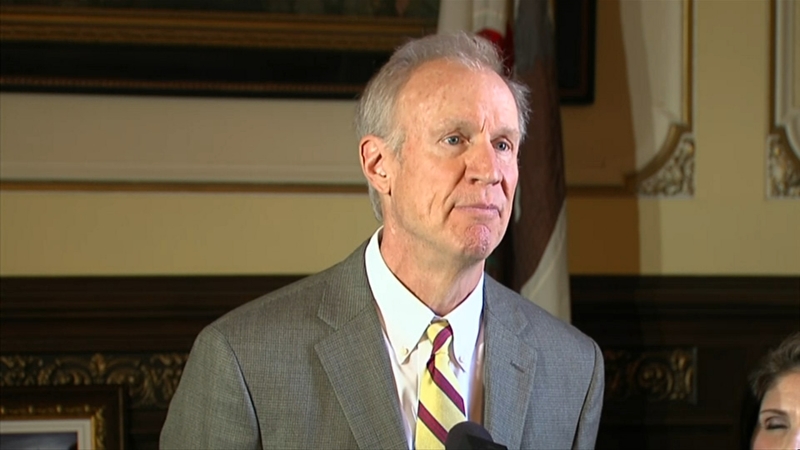 Bruce Rauner offers farewell assessment of his term as Governor

SPRINGFIELD, Ill. (WLS) -- It may have been Governor Bruce Rauner's swan song Tuesday as he prepares to leave office in just a few days.

Tuesday he took care of one final piece of business before the new General Assembly takes over Wednesday.

In his first news conference this year, and the first time he has met with reporters since dropping the bombshell in a December exclusive with ABC7 that he tried to find four people to replace him on the ballot, Governor Rauner was recapping four years in office.

"We had great successes over the last four years, it's been an honor, a deep privilege for the Lt. Governor and I to serve the people of Illinois, we deeply appreciate the opportunity. We've also had some frustrations and some goals that were not met but that's a process," he said.

He called the education funding bill his biggest success, although he was forced to compromise with the so-called "Chicago bailout." Rauner is required by the state constitution to provide an end of term report to the General Assembly outlining successes and making recommendations for his successor.

He spoke of some of the challenges he sees ahead for Illinois.

"I hope and am strongly encouraging members of the General Assembly to stand up to the leaders in their caucus and pass legislation to support term limits, fair maps and elimination of property tax appeals work by legislators," he said.

Those agenda items, Rauner said, were all blocked by Democrats. He said the focus, for the next four years needs to be on spurring economic growth.

"We could be should be one of the top fastest growing states in the America, we are not, we continue not to be, and we haven't been for decades, that's probably our biggest challenge. We have got to make Illinois more competitive and our recommendations focus on that in this report," Rauner said.

Part of the reason the governor hasn't been seen much lately is he has been traveling a lot to visit family. That's one of the things he plans to do with he leaves office; spend more time with family and friends.