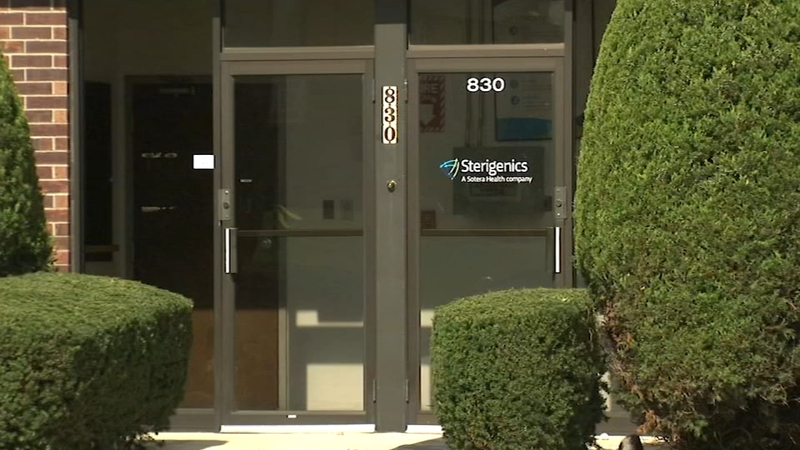 WILLOWBROOK, Ill. (WLS) -- Representatives from the Illinois Attorney General's office accused the Rauner administration Friday of hiding information about the cancer risk at the Sterigenics plant in Willowbrook.

"Each day, it seems that the chemical and ethical clouds surrounding Sterigenics continue to grow darker, and in today's investigation showing that both the Trump and Rauner administrations sought to hide data that could save lives in and around Willowbrook is the most troubling we've seen yet. In light of similar behavior regarding the continuing Legionnaires' disease crisis that has taken the lives of least 14 of our state's heroes at Illinois Veterans Home Quincy, it's also becoming more and more apparent that the Rauner administration habitually puts public relations above the health and well-being of the people of Illinois. It's unacceptable and it's indefensible. Our constituents deserve more, and those still at risk in DuPage County deserve action," Duckworth said.
Report a correction or typo
Related topics:
health & fitnesswillowbrookbruce raunerlisa madiganenvironmental protection agencygas fumescancer
Copyright © 2022 WLS-TV. All Rights Reserved.
RELATED
EPA to test air quality after Sterigenics emissions concerns
IL EPA orders Sterigenics to cease operations in Willowbrook until safety review complete
Andrea Thome believes carcinogenic emissions in Willowbrook sickened family
Willowbrook residents concerned about emission of carcinogenic gas from local company
TOP STORIES
Woman shot, killed while looking for parking at work in Chicago Lawn
5G launch could wreak havoc on airplanes, airline CEOs warn
Cook County brings back 3 mass COVID vaccination sites
Police search for hit-and-run driver who killed mother of 3
Tonga volcano eruption shock waves detected in Chicago
Chicago's south suburbs to get new area code Friday
Rapper Vic Mensa arrested at DC airport for drug possession
Show More
Woman killed after being pushed in front of NYC subway train
Aurora Mayor Richard Irvin announces run for IL governor
What is the Black church's role in today's social justice movement
Chicago sports broadcaster Les Grobstein dies at 69
Oakbrook Center 911 calls released: 'Somebody's shooting the mall up'
More TOP STORIES News