"Democracies are not defined by our bad days, we're defined by how we come back from those bad days," said Kinzinger.
WLS
By Craig Wall 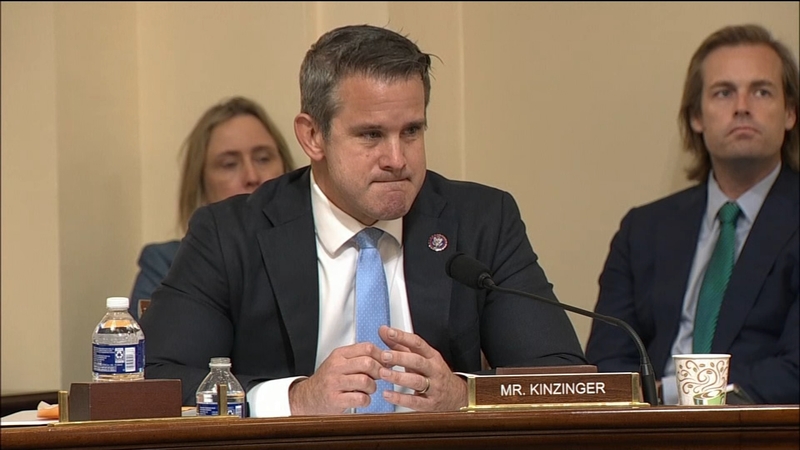 The Illinois lawmaker is facing political fallout for being part of the commission investigating the attack on the capitol.

Kinzinger was already facing a lot of fallout from Republicans in his district because of his ardent criticism of then President Donald Trump.

But taking part in the commission has fueled the anti-Kinzinger fire.

Adam Kinzinger got emotional during his opening comments as the investigation into the Capital Hill riot got underway.

"Democracies are not defined by our bad days, we're defined by how we come back from those bad days," said Kinzinger.

But could Kinzinger's participation in the democrat controlled investigation be a precursor of bad days ahead for him politically?

"It's not like he's anti the republican philosophy, but he's identified Trump as the bad guy and he's cooperating with the opposition," said political consultant Thom Serafin.

Kinzinger defended his decision to take part in the commission.

" I want all Americans to be able to trust the work this committee does and get the facts out there free of conspiracy. This cannot continue to be a partisan fight," said Kinzinger.

But if Kinzinger decides to run for re-election, after the congressional maps are redrawn in the fall, one of his challengers believes Kinzinger's participation in the commission will cost him another term.

"I'm here to investigate January 6th, not in spite of my membership in the Republican Party, but because of it. Not to win a political fight, but to learn the facts and defend our democracy," said Kinzinger.

Serafin said he believes Kinzinger may not be even be thinking about re-election to Congress, but instead playing the long game. The commission is a chance to lay the groundwork for higher office.

"He's building that kind of circuit, which gives you that kind of analysis along that circuit of identifying what it looks like to be a presidential, vice presidential, senatorial, governor campaign in eight year, eight to ten years," said Serafin.