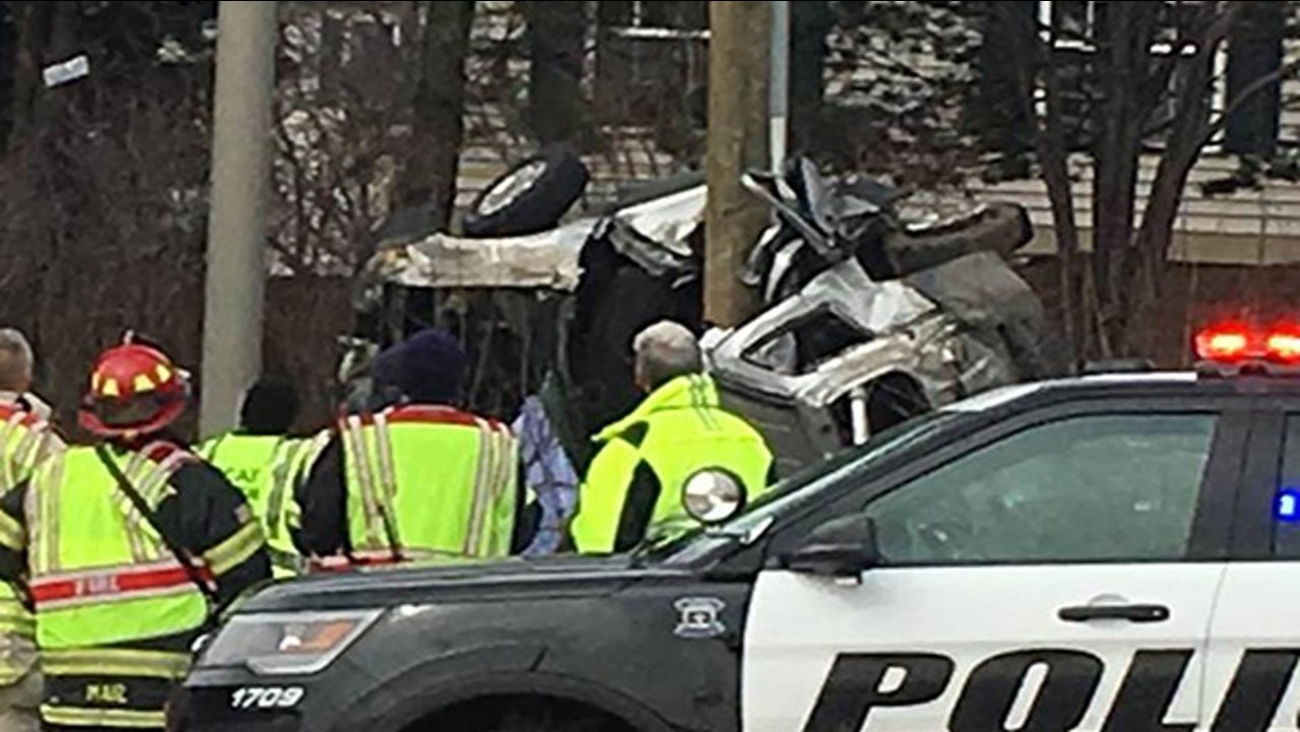 A car crash in Bartlett left two dead and five in the hospital Sunday.

Police said Garner was driving westbound on Lake Street near Route 59 with six passengers when he lost control of the car, causing it to roll over. The Ford Escape left the road and struck a chain-link fence and a ComEd utility pole, police said.

John Vega said he lives near the crash site and tried to help free the victims from the car. Vega said the survivors told him the driver was going close to the speed limit but was swerving back and forth when he lost control of the car.

Garner and Lawson were pronounced dead at the scene.