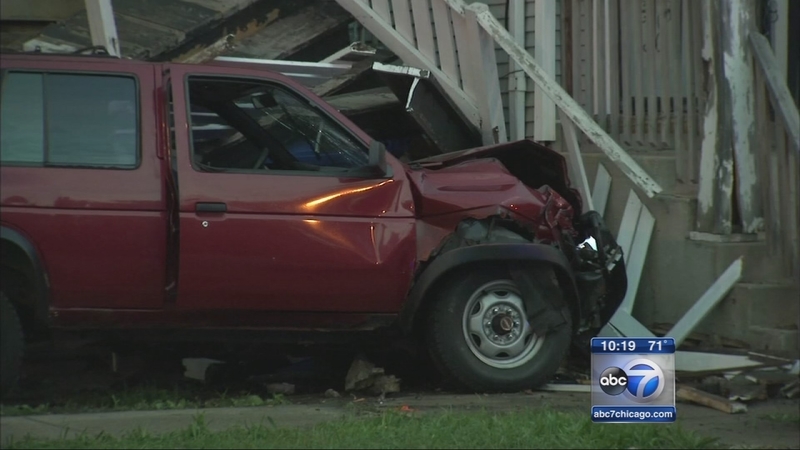 CHICAGO (WLS) -- Chicago fire officials said seven people are injured, including an 11-year-old girl who is in 'very critical' condition, after a car crashed into a porch in the city's Chatham neighborhood.

The crash occurred about 6:40 p.m. Tuesday in the 8000 block of South Vincennes, fire officials said. After hitting a Chevy Impala, a red Nissan SUV fled south on Vincennes, where it hit another a Chevy Cruz, injuring a driver. The Impala then struck the 11-year-old girl on the sidewalk and then crashed into a building, according to police and fire officials.

The girl was pinned to the porch of the building, police said. She was taken to University of Chicago Comer Children's Hospital in very critical condition. Witnesses said the crash was horrific.

"She was just slumped over bleeding, and she was twitching. And I thought she was dead. Then I seen her. I said, 'No. She's alive. Somebody help her,'" said John Stringfellow, who witnessed the crash.

The girl had just gone to get sweets at a corner candy stand when she was hit.

"He just jumped the curb, and I seen him going towards our building. And when I looked, I seen a little girl there with a red shirt, and I said 'Oh my god.' And I seen him take her," Stringfellow said.

Chicago police are investigating the crash and why the driver apparently lost control.