On last days to complete census, Counting on Chicago Coalition works to ensure residents are counted 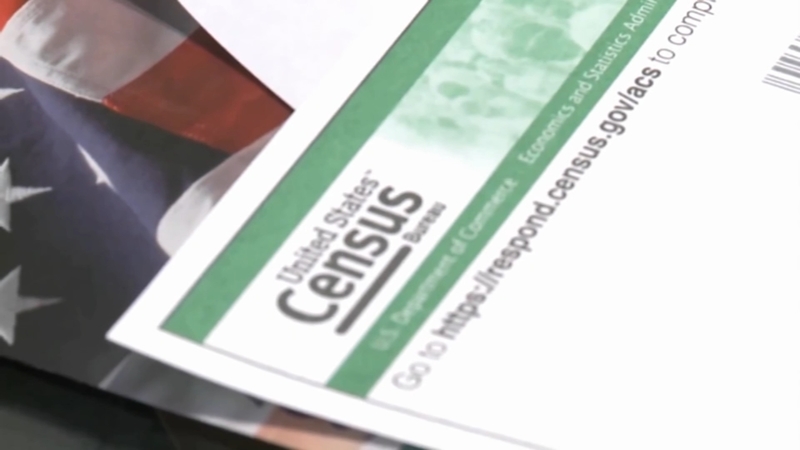 On last days to complete census, Counting on Chicago Coalition works to ensure residents are counted

CHICAGO (WLS) -- The 2020 census count ends this week, and a final push is underway to make sure everyone is counted, especially in underrepresented areas in Chicago and across the state.

The census was supposed to continue through the end of the month, but a Supreme Court ruling brought it to an early end.

The count determines federal funding and how many seats each state gets in Congress.

Taking advantage of long early voting lines, the Counting on Chicago Coalition made a last minute effort Wednesday to make sure Chicago residents fill out the census.

"We've got some communities that we have targeted that are down by under 40% so we are really trying to focus in on these areas," said Donald Dew, with the Counting on Chicago Coalition.

Time is ticking now that the U.S. Supreme Court is allowing the Trump Administration to halt the census count by Oct. 15, instead of allowing it to end on Oct. 31.

Stratton said the state of Illinois could have used until the 31st to reach the 500,000 residents that have yet to be counted.

Advocates for minorities and low income communities in Illinois see dangers in the Supreme Court's ruling that allows the Trump administration's Census Bureau to stop the count.

While Illinois' self-response rate, at 71%, is higher than the national rate, Chicago remains lower, especially in neighborhoods on the South and West sides, where some wards have percentages in the 40s.

"We are really concerned about the impact it's going to have in the next decade, urging residents to fill out the census today," 25th Ward Alderman Byron Sigcho-Lopez said.

The concern is about the effect on federal resources in communities that need it the most.

"It's federal resources for things like PPE, for school lunch programs, for supporting small businesses; it's healthcare subsidies," Stratton said.

And with a deadline fast approaching, the Counting on Chicago Coalition will continue to pound the pavement until the end.

The U.S Census Bureau is cutting off the count at 11:59 p.m. Thursday Hawaii time, which is 5 a.m. Friday central time.