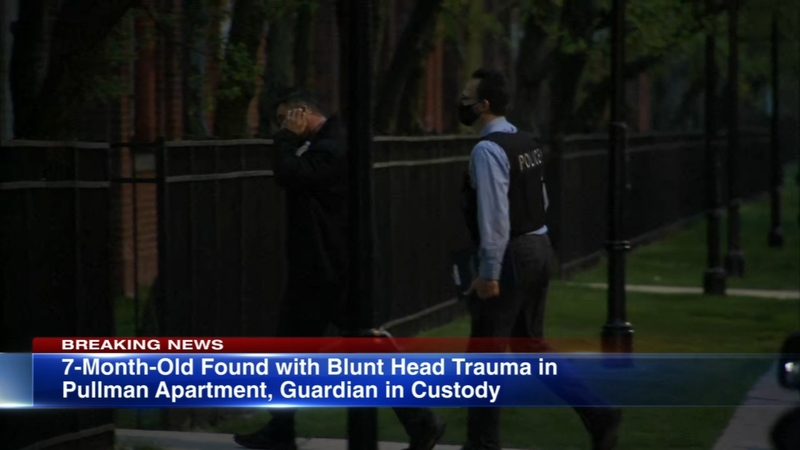 CHICAGO (WLS) -- Chicago police said a 7-month-old baby is in critical condition and the mother is in custody several hours after two children were found home alone on the South Side.

Police said officers responded to an apartment building in the 900-block of East 104th Street Thursday afternoon after neighbors reported that two children, 5 and 7 years old, had been left home alone. Residents told police that the children's mother also had a 7-month-old baby and they did not know where they were.

The children were taken to Roseland Hospital in good condition for evaluation.

Several hours later, police returned to the home for a well-being check and found the 7-month old girl unresponsive, with blunt force trauma to the head.

The baby was taken to Comer Children's Hospital in critical condition, and the baby's mother was taken into custody and then to St. Bernard Hospital for evaluation.