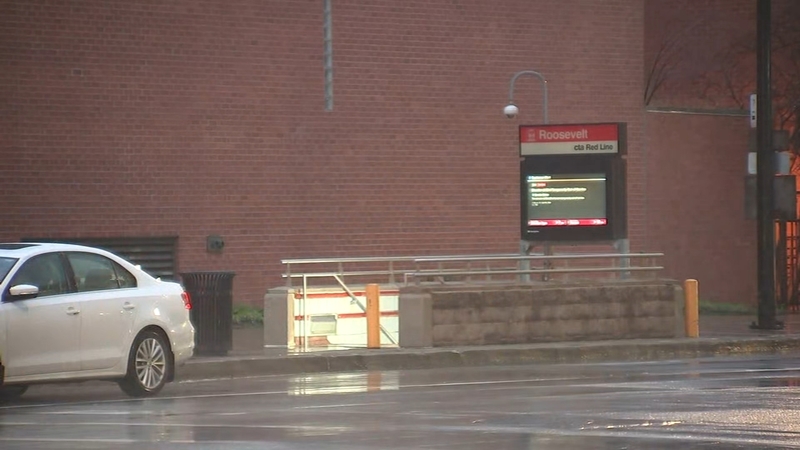 CHICAGO (WLS) -- Chicago police said a man was stabbed during a physical altercation with a group near the CTA Roosevelt Red Line stop Friday evening.

Police initially said the stabbing happened at the Red Line stop. Review of surveillance footage confirmed the altercation began in mezzanine, but the stabbing did not occur in station or on CTA property, police said Saturday.

Police said the 30-year-old victim was in the mezzanine of the CTA station when he was involved in a physical fight with five men. One of the men pulled out a knife and stabbed the victim in the chest.

The fight then spilled onto the street, where the group punched and kicked the victim on the ground, police said. They then jumped back on the Red Line.

Officers took the group into custody at the 35th Street stop, CPD said.