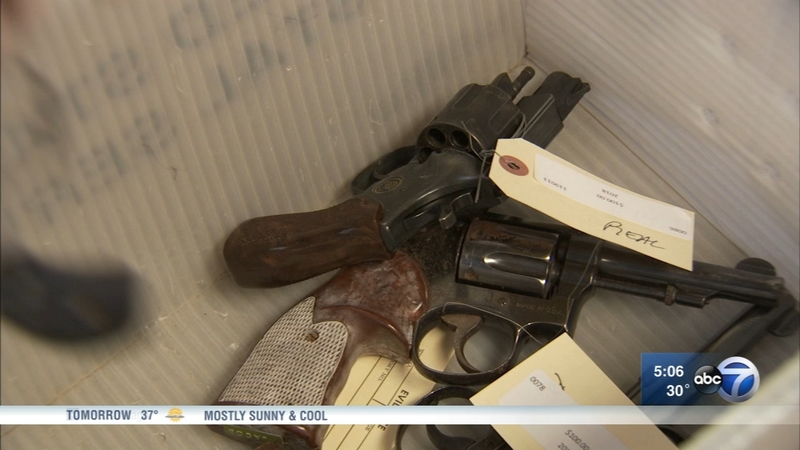 CHICAGO (WLS) -- More than 100 guns were collected in less than an hour on Saturday for a Chicago Police Department gun buy-back event, which aimed to get guns off the streets and curb gun violence.

The event, which was CPD's second of the year, offered a $100 gift card in exchange for a firearm, a $10 gift card for BB guns, replicas and air pistols.

"I'm not shocked at the number. We know there's a lot of guns out there," said Chicago police Sgt. Don Jerome, of the 9th District.

Held at Saint John's Polish National Catholic Church on the Southwest Side, the event collected an assortment of revolvers and long guns, as well as a few muskets and even a single action shotgun. And no questions were asked.

"Which if a young child was playing with, any officer would think he had an assault rifle in his hands," Lopez said of a very real-looking assault rifle.

While gun buy backs have been criticized for not taking the right kind of weapons off the streets, relatives of gun violence victims said these types of programs can save lives.

Michelle Vincent's 32-year-old son, Terrell Jones, who worked as a streets and sanitation worker, was gunned down in March.