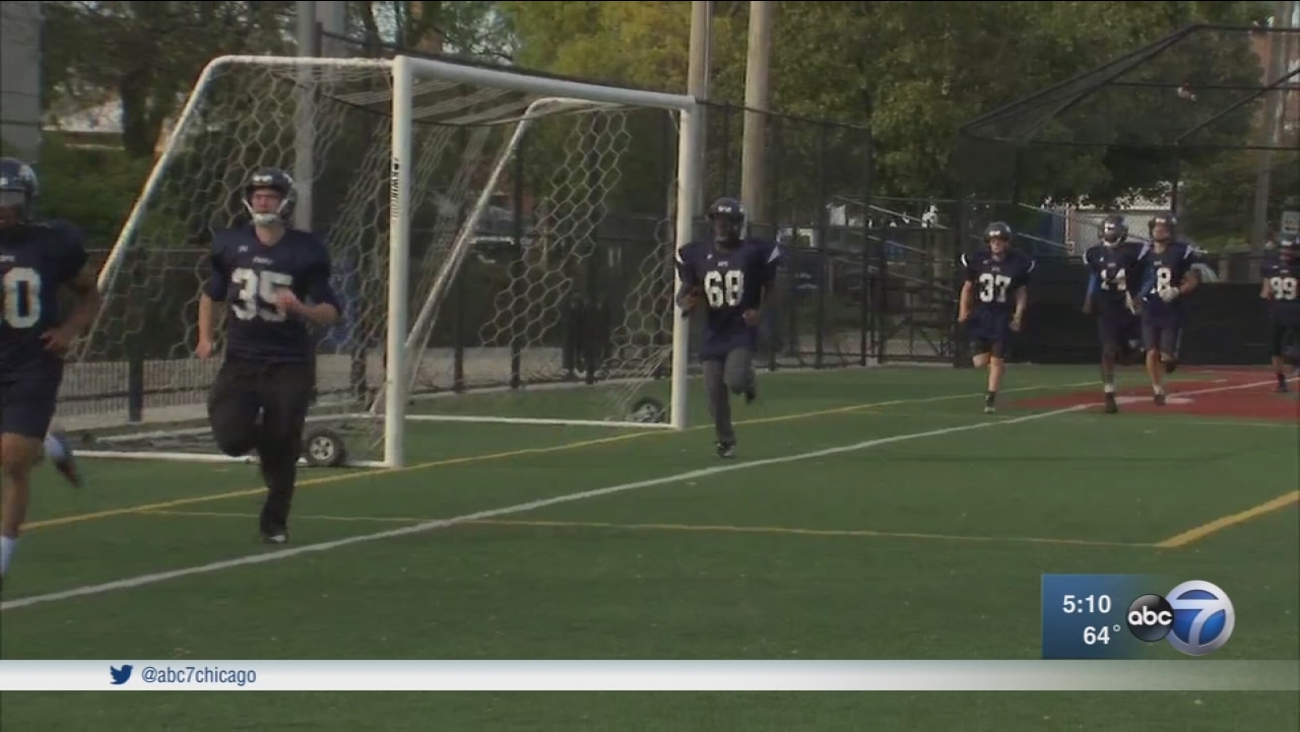 For a second time a high school football team is forfeiting a game against Chicago Hope Academy. (WLS)

CHICAGO (WLS) -- For a second time a high school football team is forfeiting a game against Chicago Hope Academy. Bishop McNamara High School will not play Friday night and Wheaton St. Francis forfeited back on October 6.

The reason? Concerns about violence in the neighborhood where the games are played.

As Chicago Hope Academy football players practice after-school Thursday, a maintenance crew groomed their home field a few blocks away. The routine hasn't changed, even though the team's Friday night game has been canceled after Bishop McNamara Catholic High School in Kankakee forfeited.

"I feel like it's upsetting to this community because these were two games we were looking forward to," said Chicago Hope Academy Football Player Treville Hilton.

"It's pretty devastating for our senior night to be cancelled for a random shooting that took place three weeks ago," said Chicago Hope Academy football player Najee Harris.

Senior night this week and homecoming a couple weeks ago. Due to safety concerns, Bishop McNamara followed Wheaton's St. Francis as the second high school to forfeit following a September 29 shooting near Hope's home field, Altgeld Park, on the city's West Side. Hope was playing Providence when shots rang out.

"Providence had the ball they were about to score, then a black car drove past and started shooting and everybody hit the floor," said Hilton.

The shooting was 75 yards away from the field. No one playing or spectators were hurt. Hope's President Bob Muzikowski said it was the first time in the school's history a shooting took place during a game. He wanted the forfeiting schools to know it won't happen again.

Hope Academy is a Christian high school that serves low income students. The football players were hoping their Catholic opponents would overcome their fears and take a stand against violence with them on their home field.

"If the lord of the universe comes down here and gets nailed to a cross and beaten to death, the least you could do is come down and play football on the West Side," said Muzikowski.

In a written statement, the Illinois High School Association Executive Director said he is very confident in the safety measures Hope Academy would have taken for the game.