The cub is the 1st African lion born at the zoo in 20 years, zoo says
WLS 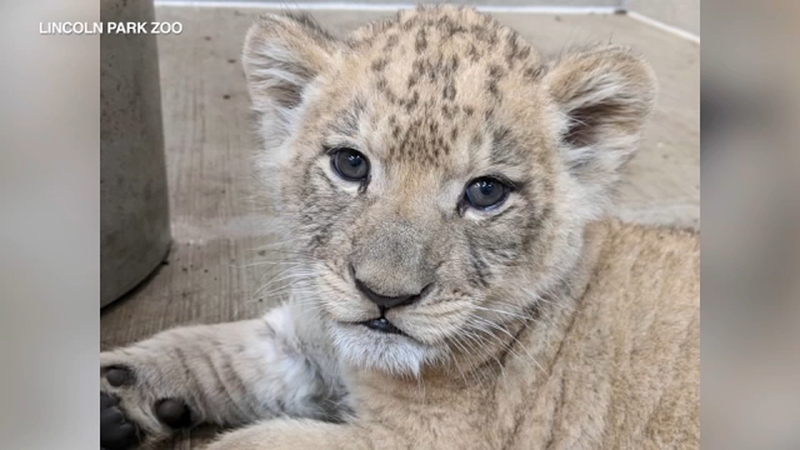 CHICAGO (WLS) -- The Lincoln Park Zoo is sharing new video and photographs of its African lion cub that was just born in March.

Zookeepers have determined the cub is a male and they announced Thursday that they named him "Pilipili," which means "pepper" in Swahili.

The cub was born on March 15 and is the offspring of 3-year-old female Zari and 4-year-old male Jabari, zoo officials said. He is the first African lion cub born at the zoo in 20 years, according to the zoo.

The zoo released a video of the cub with its mother Zari.

"As the cub grows, he has become more curious and active and has been surpassing critical milestones such as leaving the den box and eating solid foods," said Curator of Mammals Mike Murray. "Zari, a first-time mom, has provided incredible maternal care to the cub from nursing to grooming."

Zookeepers said the cub is doing well and is in good health. The cub, which weighed roughly two pounds at birth, now weighs around 16 pounds, officials said.

He will remain behind the scenes for as he continues to grow and is introduced to the rest of the pride, the zoo said.

The name honors the Pepper family, whose donation enabled the zoo to transform its historic lion house into the Pepper Family Wildlife Center.