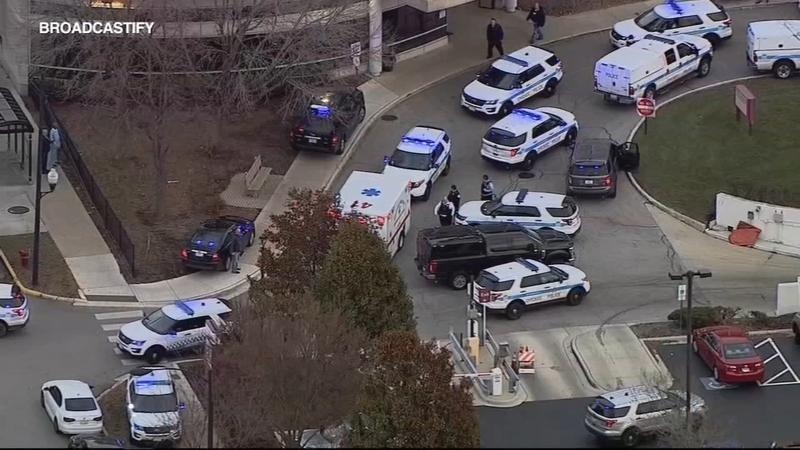 The report is the result of a study conducted to identify common and key information which can help prevent mass public attacks.

The attacks cited include Illinois, Wisconsin and 16 other states. In all, 91 people were killed and 107 were injured. All but four of the attackers "made some type of communication that did not constitute a direct threat but should have elicited concern," the report said.

Secret Service researchers found 93% of attackers were male and almost all of them had previously exhibited threatening behavior-including Juan Lopez, 32, who stormed Mercy Hospital and Medical Center on Chicago's south side in November, 2018. Lopez shot and killed his ex-fiancé, a physician, in the hospital parking lot before rushing the ER.

Once inside he fired about 40 shots from multiple magazines for his 9mm Glock handgun, killing a Chicago police officer, emergency room doctor and a pharmacist. Lopez was killed in a firefight with police SWAT officers.

Lopez fit some of the Secret Service parameters of mass killers. He had a spotty employment history, frequent run-ins with his girlfriends and ex-wife-including threats of violence- and had been the subject of court orders of protection. According to the new report on mass shooters released Tuesday in Washington, 78% of attackers exhibited behavior that caused concern in others such as erratic behavior, inappropriate behavior, social media posts with alarming content, stalking, or acting paranoid.

As the I-Team first reported in 2018, Lopez's ex-fiancé had broken off their engagement just a few weeks earlier and he had come to collect the ring as she left work.

At the time of the Mercy Hospital attack, Lopez was still entangled in a domestic court case with his ex-wife Monica De Asa. Ms. De Asa had obtained an emergency order of protection against her husband in 2014. In the court file obtained by the I-Team, De Asa claimed that her husband "has slept with pistol under his pillow" and that the gun was "accessible" to their young child.

She also detailed that on two occasions in 2014 he "pulled out his gun with intent to harm," once on a neighbor and on another occasion pointing his weapon at a realtor.

According to the court file, on December 1, 2014 Lopez "began sending threats via text message to come to my job and cause a scene."

In the 2015 divorce filing, De Asa accused her husband of "constant infidelity and abuse."

Lopez also had ongoing child support issues according to court records. Documents state that he had a difficult time keeping a job and refused to inform De Asa where he was working or living.

The U.S. Secret Service threat assessment says while there is no single profile that can predict mass attackers, focusing on a range of concerning behaviors while assessing threats can help identify those who might pose a risk.

"In this report, majority were male, almost all were male except for two. Last year's report, they were all male. Average age, youngest was 15. Oldest was 64 years old. Age ranges varied, half had history of criminal history, including violent and non-violent crime, over a third had a history of domestic violence" said National Threat Assessment Center director Dr. Lina Alathar.

Even as Lopez seems to fit some elements of the mass shooter profile developed by Secret Service researchers, he also stands apart in many areas. Nearly half (48%) of the mass shooters examined had criminal histories or criminal charges beyond minor traffic violations. Lopez did not have an extensive, serious criminal background.

The Secret Service reports some factors which can prevent future attacks include evaluating mental health wellness, encouraging reporting of concerning behaviors, promoting "If you see something, say something," and enhancing partnerships between law enforcement and mental health communities, local schools, houses of worship, and other community organizations.

This was the second analysis by the Secret Service of mass attacks. Its report from a year ago found that most attacks in 2017 were motivated by workplace or domestic issues, and that more than three-fourths of them had made threatening or concerning communications.
Report a correction or typo
Related topics:
chicagobronzevilleattackmass shootingi teamsecret serviceu.s. & world
Copyright © 2021 WLS-TV. All Rights Reserved.
I-TEAM