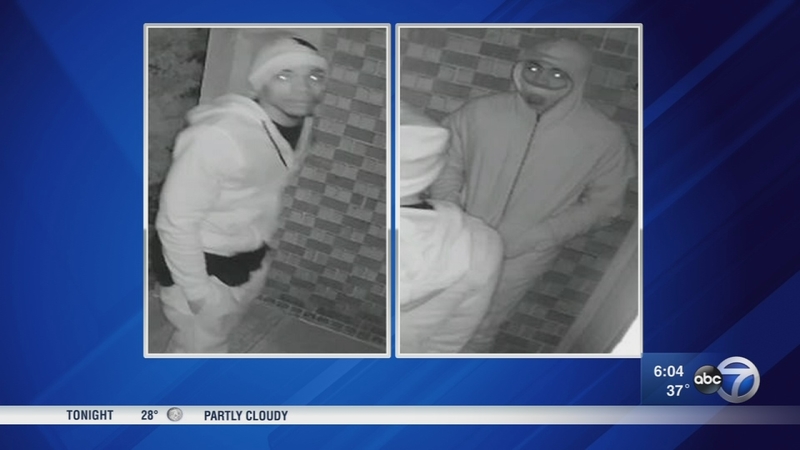 This time of year, package theft is extremely common. But the pair of thieves didn't wait for the packages to be dropped in front of a home. They went straight to the source: the delivery truck.

The theft happened Wednesday night in the Chatham neighborhood.

The UPS driver was shaken up but unhurt. Though witnesses said he had a gun pointed at his head. The offenders took personal items and money from the UPS driver. Then they removed several undelivered packages from the truck before fleeing on foot.

Earlier that day, a similar heist happened just two miles away. A FedEx truck was stolen as the driver delivered packages. The vehicle was later found crumpled and abandoned.

"We are very conscious of those incidents, and we also make sure our personnel are conscious of that," Inspector-in-charge E.C. Woodson, U.S. Postal Inspection Service, said.

The U.S. Postal Inspection Service is charged with protecting postal workers and the mail and they said no additional security measures have been put in place in light of Wednesday's robberies. But postal carriers are especially vigilant during the holiday.

"We're constantly doing investigations, so as they're doing their investigations, they also make sure if they traverse through an area or through a neighborhood, they take the time to check on our carriers," Woodson said.

While package theft is a year-round crime, the avalanche of holiday deliveries brings out more thieves.

An estimated 23 million Americans have had packages stolen from their homes.

Among them is Linda Anne Donahoe who now ships items to her local UPS store.
"Sometimes I pick it up. And I also have it sent to my sister-in-law who has a secure mail system," Donahoe said.

These so-called "porch pirates" and "porch poachers" have swiped packages from Vincent Robertson's apartment building so he now picks up at his local UPS store.

Now, some package thieves are skipping the porch altogether and going right to the source.

"In light of the Christmas season, we have a greater emphasis on, first of all, personnel safety," Woodson said.