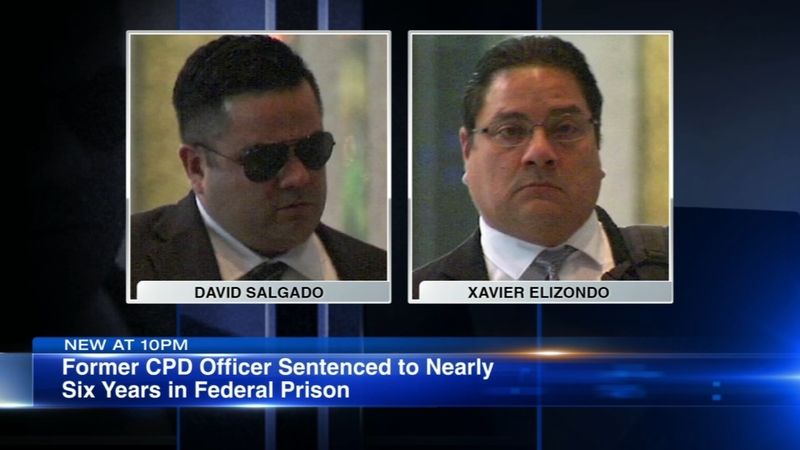 CHICAGO (WLS) -- A former Chicago police officer who was sentenced to nearly six years in prison for lying to judges to get search warrants so he and his partner could steal drugs and money has been officially fired from the department.

David Salgado was sentenced to 71 months after a hearing in a federal court in Chicago in July 2020.

Salgado and former Sergeant Xavier Elizondo were convicted in 2019 of using fake search warrants to raid homes and steal cash and drugs. They faced charges of conspiracy to commit theft, deprivation of civil rights, embezzlement and obstruction of justice.

Elizondo was sentenced last year to seven years and three months in prison.

"The defendants fundamentally betrayed the trust placed in them by the public and the state's criminal justice system," the assistant U.S. attorneys argued in a sentencing memo. "The defendants not only harmed individual victims, but they also impaired the public's confidence in law enforcement."