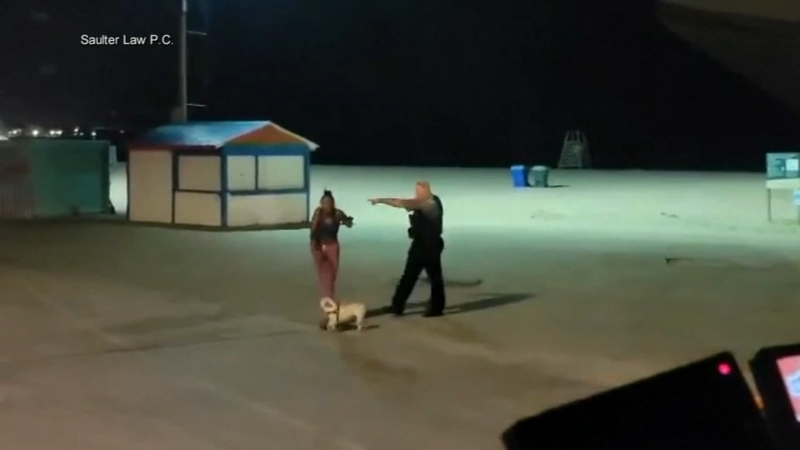 CHICAGO (WLS) -- The 911 call made by Nikkita Brown, the Black woman whose altercation with a Chicago police officer while walking her dog on North Avenue Beach was caught on video, has been released.

Her attorney criticized the city's transparency, specifically the release of materials and information related to the August 28 encounter.

"I think the right thing to do would have been to provide it to me, Brown, as the victim," said Keenan Saulter, attorney for Brown. "Everything: the body-worn camera, the 911 audio, and all the police reports regarding this incident."

Saulter shared the 911 call his client made after the incident, which is the same as what ABC7 Eyewitness News obtained through a Freedom of Information Act request from the city.

"I need to report an incident with a cop," she says on the call. "I was harassed by a Chicago PD, OK. Without warrant. I was profiled. I was threatened."

"He tried to drop me on several occasions," she says later on the call. "I asked for my space. He did not have on a mask."

Previously released video from Saulter shows the officer approaching Brown and her dog, them walking away and then the two struggling.

The Civilian Office of Police Accountability is investigating the incident. Until that investigation is complete, CPD will not comment on any specifics about the case.

Eyewitness News is not naming the officer that Saulter said was involved in the case because that officer has not been charged with any crime.